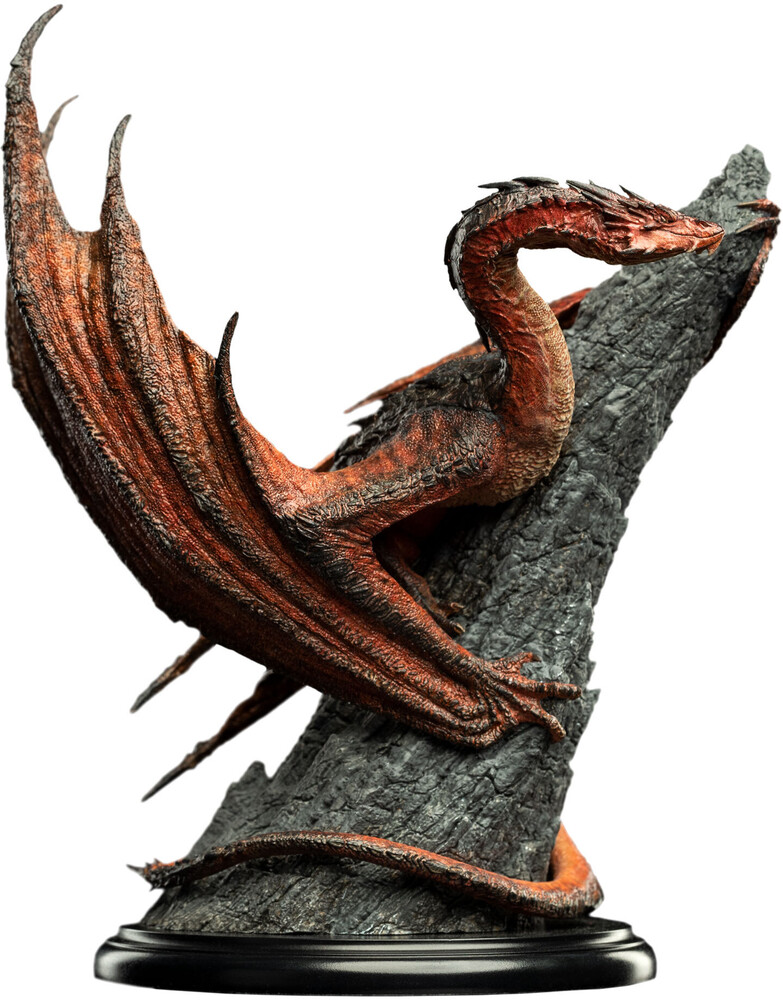 From New Line Cinema, Peter Jackson and Warner Bros. comes J.R.R. Tolkien's The Hobbit, brought to the big screen in an epic trilogy. Weta Workshop was thrilled to return to Middle-earth once again, contributing design, specialty props and specialty costumes to all three films.

Bred in ages past to be weapons in the war for Middle-earth, the Great Worms were huge, serpentine creatures, wrapped in scaly hides and possessed of wicked intelligence. Inside combined the cunning of thinking beings and the savagery of wild beasts.

Long horns, bladed claws and wicked maws of countless teeth they had. The sharp, slitted eyes of the Dragons were ever-watchful, their sense of smell keen, and their long bodies grew to a size unrivalled by any other creatures to walk upon the earth. Some were winged, able to take to the skies and travel vast distances like the wind. Others burned with fiery wrath inside, spewing conflagration and death from their outstretched jaws at will. And in some such abilities were paired to terrifying effect...

By the later years of the Third Age only a few remained, mostly sequestered in the scorched lands of the Withered Heath, far to the north and pinned between the spurred arms of the Grey Mountains. Great was their hunger and a lust for violence burned ever in their bellies. When rumour of the wealth of Erebor reached their ears, the greatest of the Fire Drakes yet living in Middle-earth took to wing and rushed south. Smaug was his name; a vast gold and red monster whose viciousness was matched only by his pride.

His coming was like a hurricane of fire; the cities of Dale and Erebor swiftly falling before his irresistible advance; countless Dwarves and Men consumed in his flames, or shredded by tooth and claw. Barely had the inhabitants realised what calamity was befalling them when they were dead or displaced. Then the Great Dragon, who called himself Magnificent, seized the riches of the Lonely Mountain and took up residence to lie coiled upon his hoard. Henceforth Erebor became a place of dread, and all about the lands became barren, parched and despoiled; the Desolation of Smaug.

Our authentic prop replicas and collectibles are designed by the very same artists who have worked on the three films, so effectively they come straight from Middle-earth.

Please note: This product was designed and prototyped at Weta Workshop. Images are of a pre-production prototype. Each piece is painted by hand and slight variations will occur.