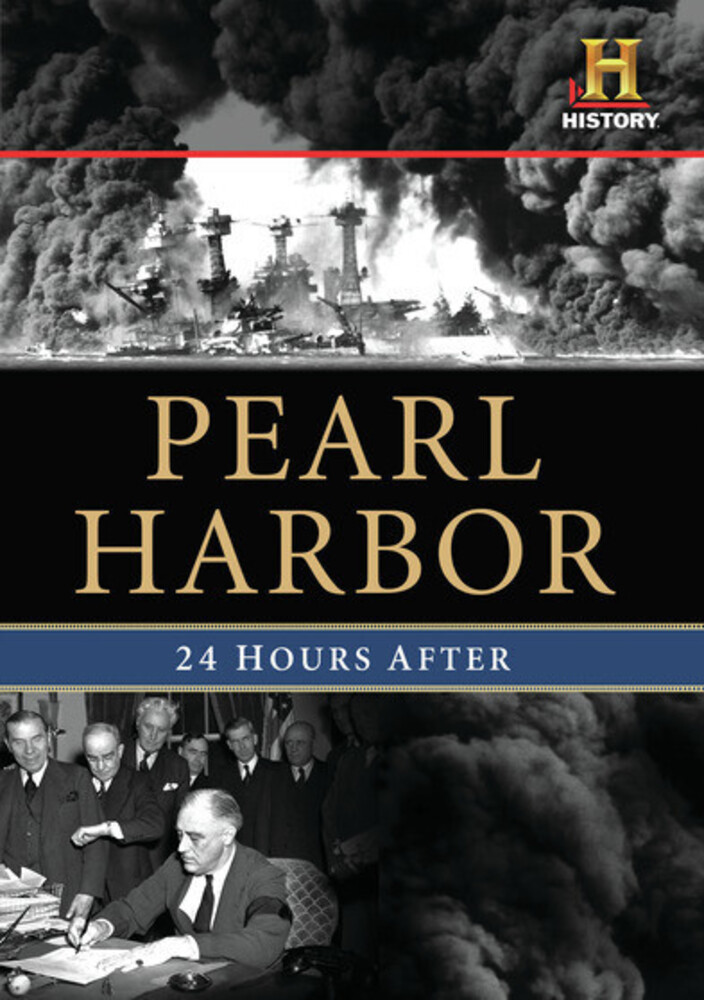 This momentous special reveals the untold story of the little-known yet pivotal events that occurred after President Roosevelt received the call that Pearl Harbor had been attacked on December 7, 1941. Author Steve Gillon (The Kennedy Assassination: 24 Hours After) has unearthed new evidence from the FDR Library that shows the true panic that gripped the White House and shook the nation. Fearing an aerial attack in Washington, D.C., the underfunded U.S. Army assembled wooden sticks on the White House roof to resemble weapons from above. Concerned that a Japanese assassin might try to take Roosevelt's life as they drove him to Congress to deliver his speech, the Treasury Department used a bullet-proof car confiscated from Al Capone. And, for the first time, HISTORY(r) uncovers intimate details of how the President had to be placed in braces and straps to hold him up while he gave his speech. Pearl Harbor: 24 Hours After also features new, rarely seen footage, including Japanese film of the attack, of \the date which will live in infamy.