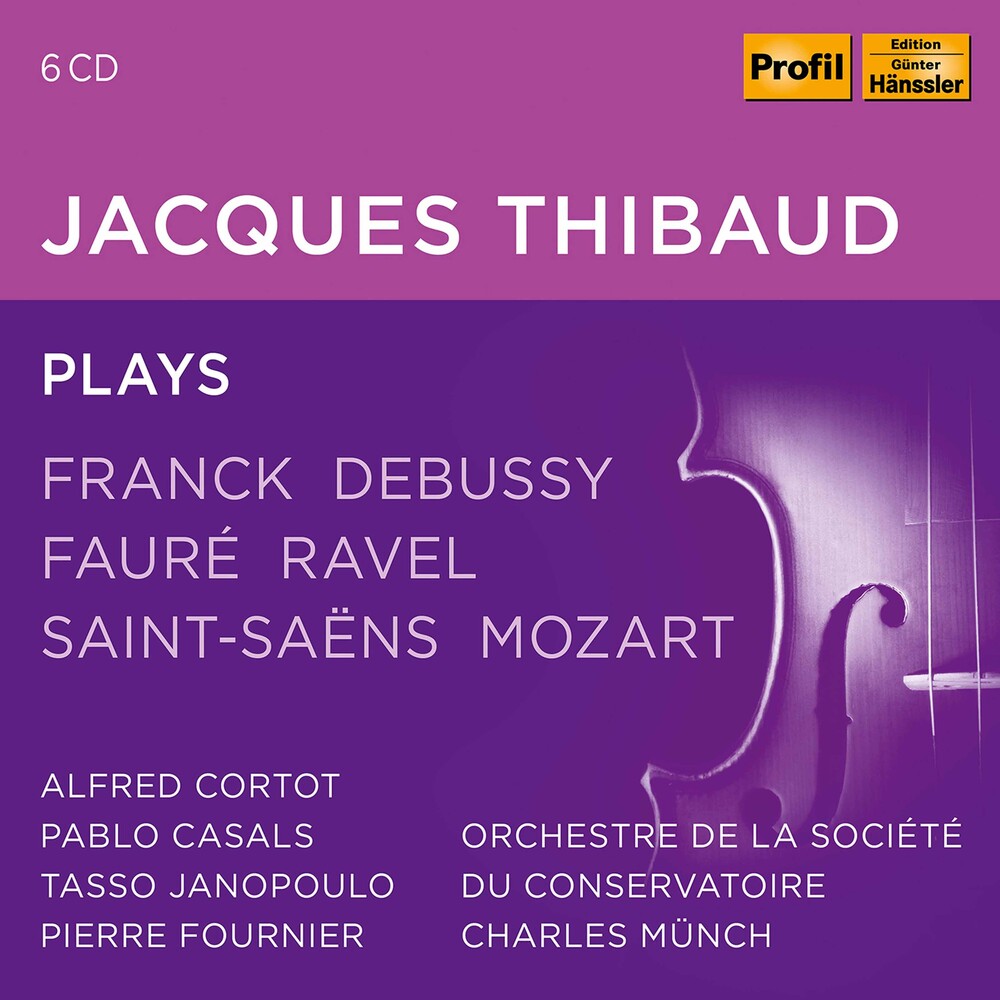 Jacques Thibaud is considered to be one of the early 20th century's leading violinists and chamber musicians. Such composers as Eugène Ysaÿe and George Enescu dedicated works to him. His memory lives on in such bodies as the Jacques Thibaud String Trio, founded in 1994, who pay homage to his lifelong love of ambitious and eloquent music-making in ensemble. The violinist was born in Bordeaux in the ancient lands of Aquitaine in south-west France, in Département Gironde, on September 27, 1880. His father had recognized his son's musical talents and was still giving him violin lessons when Jacques gave his first public performance in Bordeaux at the age of eight. In 1893, when he was 13, he began studying at the Paris Conservatoire with the eminent Belgian violinist Martin Pierre Joseph Marsick (1847-1924), winning the conservatory's Premier Prix in 1896. He also took instruction from Marsick's compatriot Eugène-Auguste Ysaÿe (1858-1931). From 1940 Jacques Thibaud taught at the Paris school of music directed by the French pianist, piano teacher and writer on music Marguerite Long (1874-1966), with whom he gave many concerts. The two artists initiated the Long-Thibaud competition for pianists and violinists (Concours international Marguerite Long-Jacques Thibaud) in 1943. The violinist later taught at the École normale de musique de Paris, founded in 1919 by Alfred Cortot, and in the 1950s directed summer courses at the Accademia Musicale Chigiana in Siena, Italy. The 73-year-old violinist's life was tragically cut short on September 1, 1953 - 10 days after his last concert in France - when the plane taking him to Tokyo crashed into Mont Cimet near Barcennolette in the French Alps.