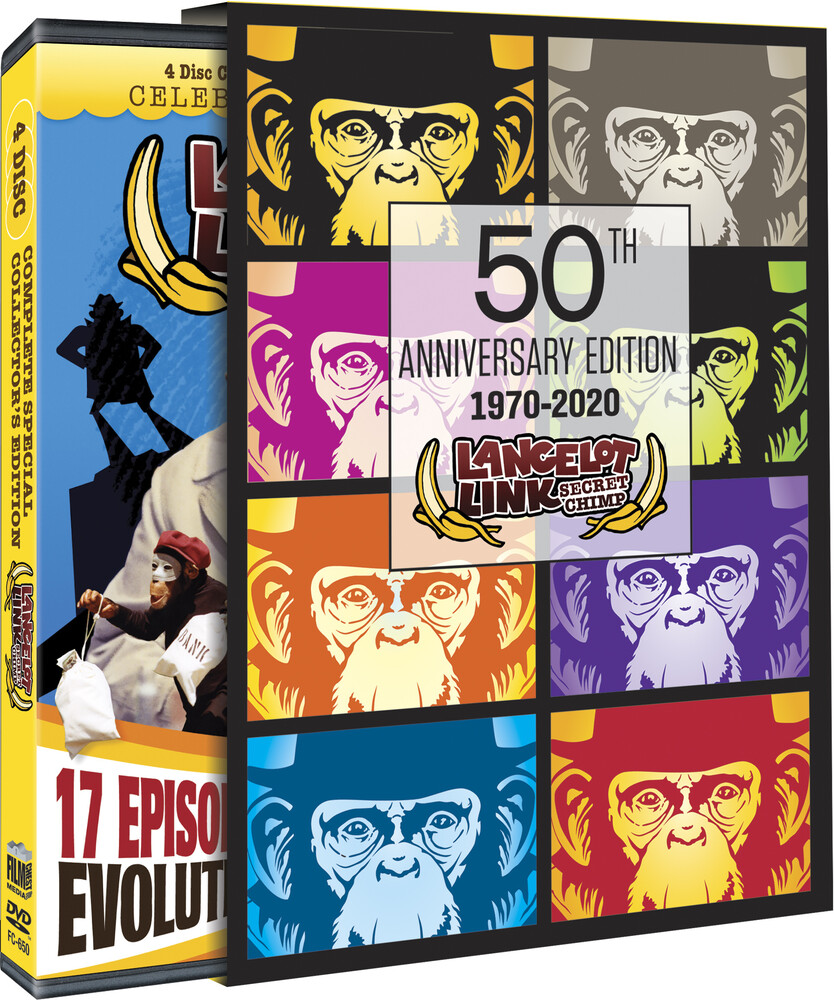 On September 12, 1970, at the height of the Saturday-Morning TV mania, Lancelot Link: Secret Chimp first aired on ABC, and television was never the same again. Making a mockery of everything from the Secret Agent craze to variety shows and music videos, the creators of Lancelot Link took the impossibly bold step and made a TV series CAST ONLY WITH ACTUAL CHIMPANZEES! The suave Lancelot Link and his partner, Mata Hairi,are top agents at the Agency to Prevent Evil (APE), a secret organization led by Commander Darwin that protects the world from wrongdoers. APE's chief nemesis, the nefarious Baron Von Butcher, leads CHUMP, the Criminal Headquarters for the Underworld Master Plan, an evil league bent on world conquest. Assisting the diabolical Baron is a band of unforgettable bad apes including Creto, Wang Fu, the Duchess, Dragon Lady, Ali Assa Seen, and Dr. Strangemind. It's been 50 years since that fateful day when Lancelot Link literally changed the face of television forever, and it's as shockingly hilarious and mind-bendingly absurd today as it was when it first aired on Saturday morning TV. Standing alone in its class because nothing else quite like it exists, prepare yourself for the miraculous impossibility of Lancelot Link: Secret Chimp!