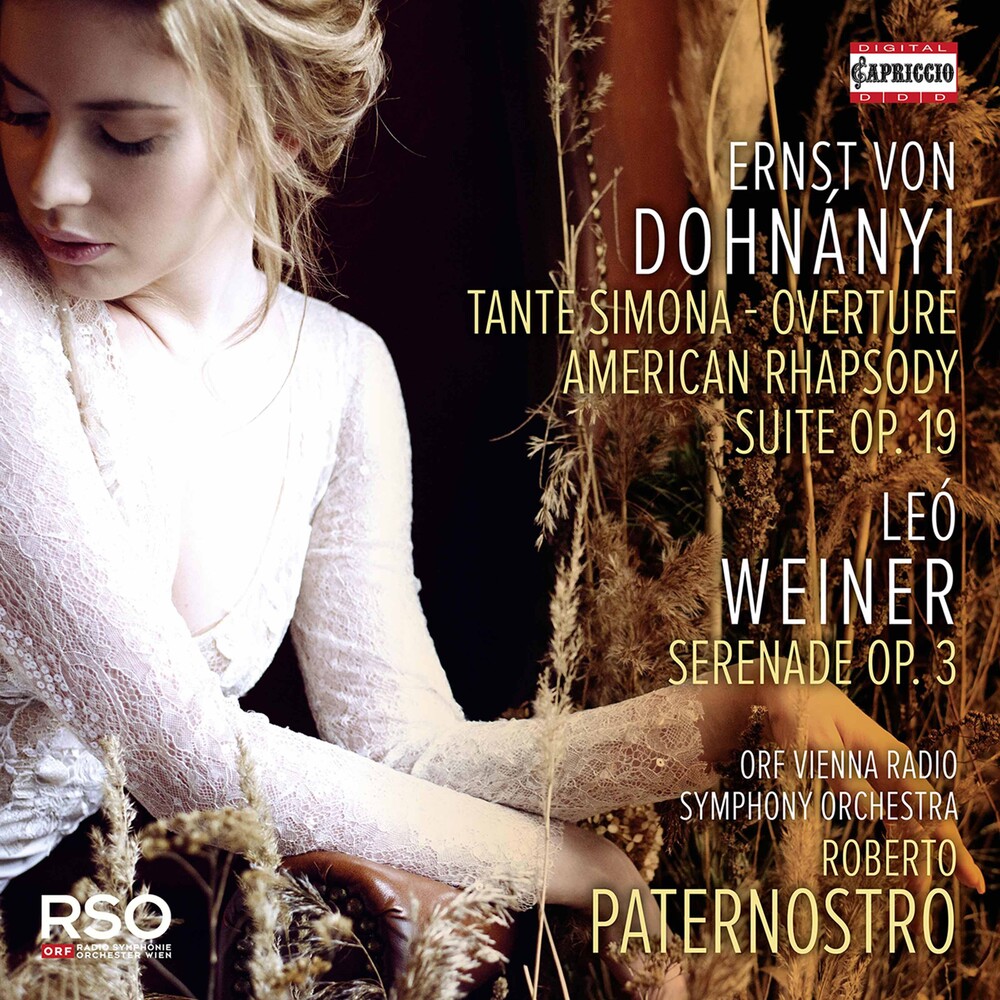 Ernst von Dohnanyi was one of the most versatile and influential musicians of his time but his works are now seldom played. A gap which Capriccio want to fill now with this fifth recording of his late romantic, sensual music, deeply rooted in the Austro-German classical tradition. An appetizer is the overture of the one-act opera Tanta Simona, which has plenty of that Italian flair to show for that runs through the opera's plot. After it's premiere in 1910, the Suite in F-sharp minor Op.19 became one of the most performed Dohnányi's works, whereas the American Rhapsody Op.47, which is full of quotations with American folk melodies, was his last orchestral work, first performed in 1954 at Ohio University. Finally his 8 years younger colleague Leó Weiner shows us in his early composition, the Serenade in F minor (1906) apart from the influence of the German and Austrian romantics, typical Hungarian colors and rhythms.