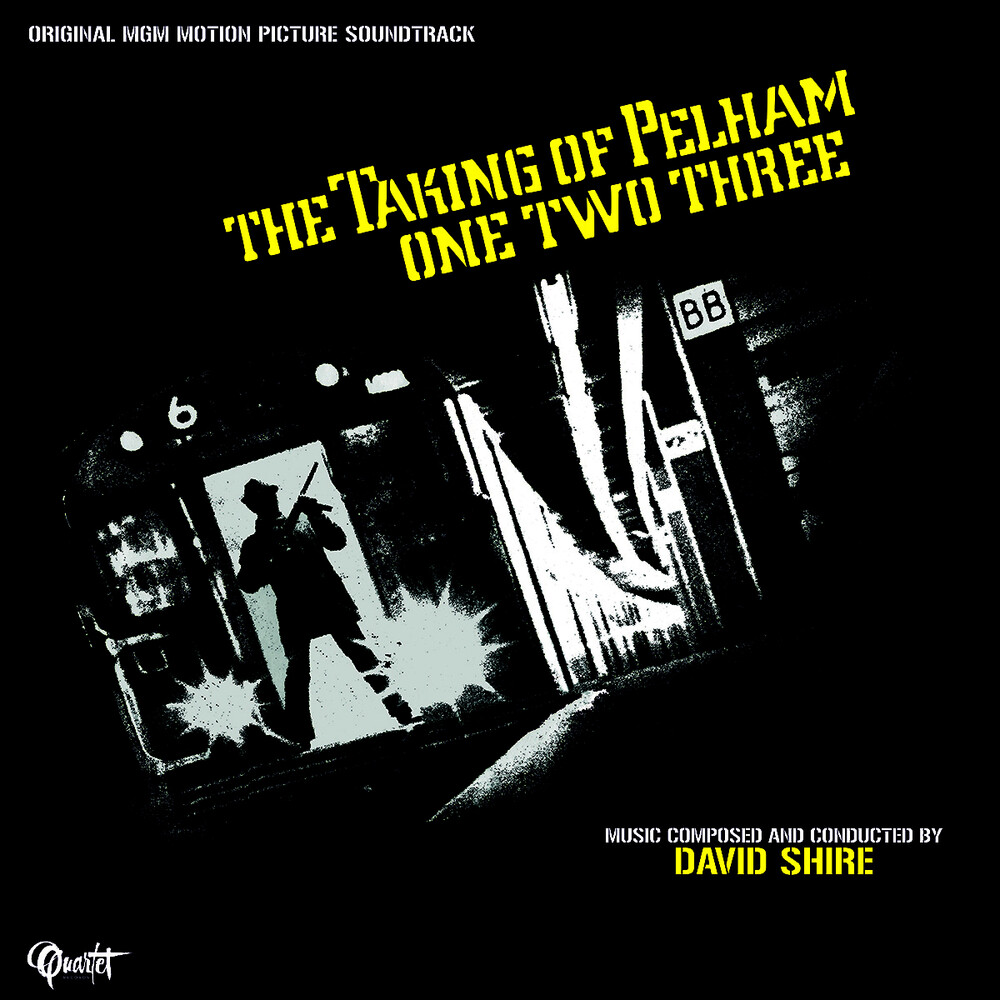 Quartet Records and Metro-Goldwyn-Mayer present the premiere LP release of the electrifying funk/jazz/groove masterpiece score by David Shire (THE CONVERSATION, ALL THE PRESIDENT'S MEN, RETURN TO OZ, ZODIAC) for Joseph Sargent's famous classic urban thriller THE TAKING OF PELHAM ONE TWO THREE (1974), starring Walter Matthau, Robert Shaw, Martin Balsam and Hector Elizondo.Based on the popular novel by John Godey, the film is about four men, dressed alike in trench coats, who take a subway car hostage and demand $1 million in ransom. In crafting his music to PELHAM, David Shire invented one of the most individual and exceptionally well-realized scores from the 1970s. Conscious that the sounds of the subway and excitement would crowd the film's sound mix, the composer shrewdly elected to energize the frequency spectrum from below and above. The foundation of the composer's hand-picked roster of musicians provides a pervasive, fat-bass 'womp, womp, womp' ostinato with weight and heft courtesy of angry tuba, snarling trombones, electric bass and timpani; the ceiling comes from screeching reeds, explosive trumpets, tinkling (electronic) piano and feverish percussion. Drums, utilizing both rock and jazz rhythms, provide forward propulsion.This David Shire classic never had an LP release at the time, although it was eagerly requested by fans throughout the years. In 1995, it was finally released on CD by Retrograde Records-the first album produced by Lukas Kendall, which led to the birth of the essential and sorely missed Film Score Monthly label. This premiere vinyl release contains the same music as the previous CD edition (with around 15 minutes of music not included in the film). The sound has been entirely restored and mastered by Chris Malone from tapes courtesy of the composer's archive. Pressed on 180 GM black vinyl, the package includes a 2-page insert with the original poster art and an essay by Tim Greiving about the film and score, including a new and exclusive interview with Mr. Shire.