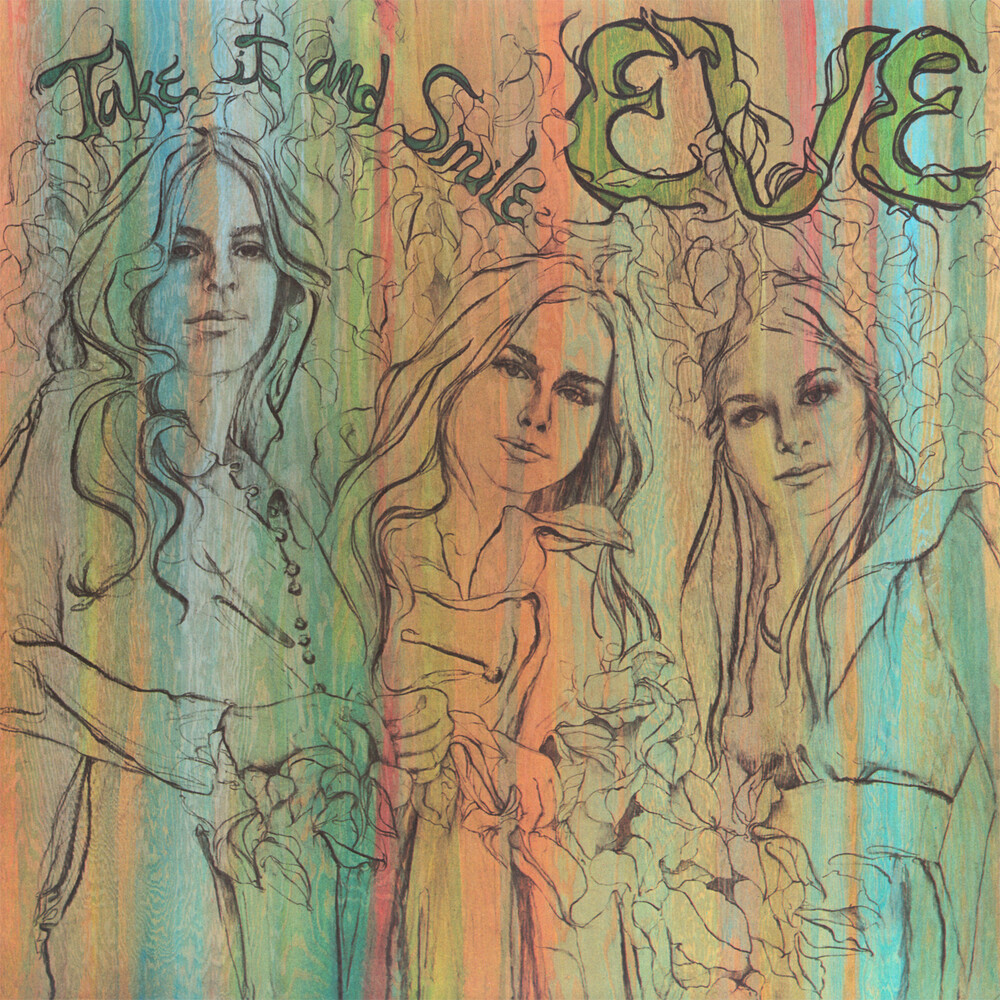 In the late 1960s, four teenage girls from Detroit hitch-hiked to Los Angeles to follow their dream. Known as the Mama Cats, their combined voices, created a magical instrument, a holy harmonic vehicle built upon the inspiration and improvisation of four close friends. Their ethereal voices and heavenly harmonies sounded like no one.Upon meeting Lee Hazlewood in Los Angeles, he was bowled over, offering them a recording contract on his label, Lee Hazlewood Industries (LHI), renaming them, Honey Ltd. Their sole 1968 LP never saw the light of day. Out of the ashes of the group, the three remaining members continued on under the name Eve.In the spring of 1970, Eve and producer Tom Thacker went into the studio to record "Take It And Smile". The ethereal harmonies were ever present, but the psychedelic girl group feel of the Honey Ltd album were replaced with funky grooves and a stoned country rock vibe that permeated Los Angeles in the early 1970s (Think John Philips "Wolfking Of L.A.). Backed by another amazing group of musicians, the recording sessions included members of the Wrecking Crew, Elvis' TCB band, Ry Cooder, Sneaky Pete and Glenn Frey from the Eagles. Featuring songs by James Taylor, Fred Neil, The Gibb Brothers, Burt Bacharach, Bob Dylan, Mac Davis and a handful of amazing originals including the beautiful "Dusty Roads" and the title track "Take It And Smile," co-written with Glenn Frey. Upon it's release, the album failed to find an audience. After recording one last song, "So Tired" for The Vanishing Point soundtrack, the girls went their separate ways, each continuing to sing professionally with artists that include Bob Seger, Neil Young, Tina Turner, Loretta Lynn and countless others.