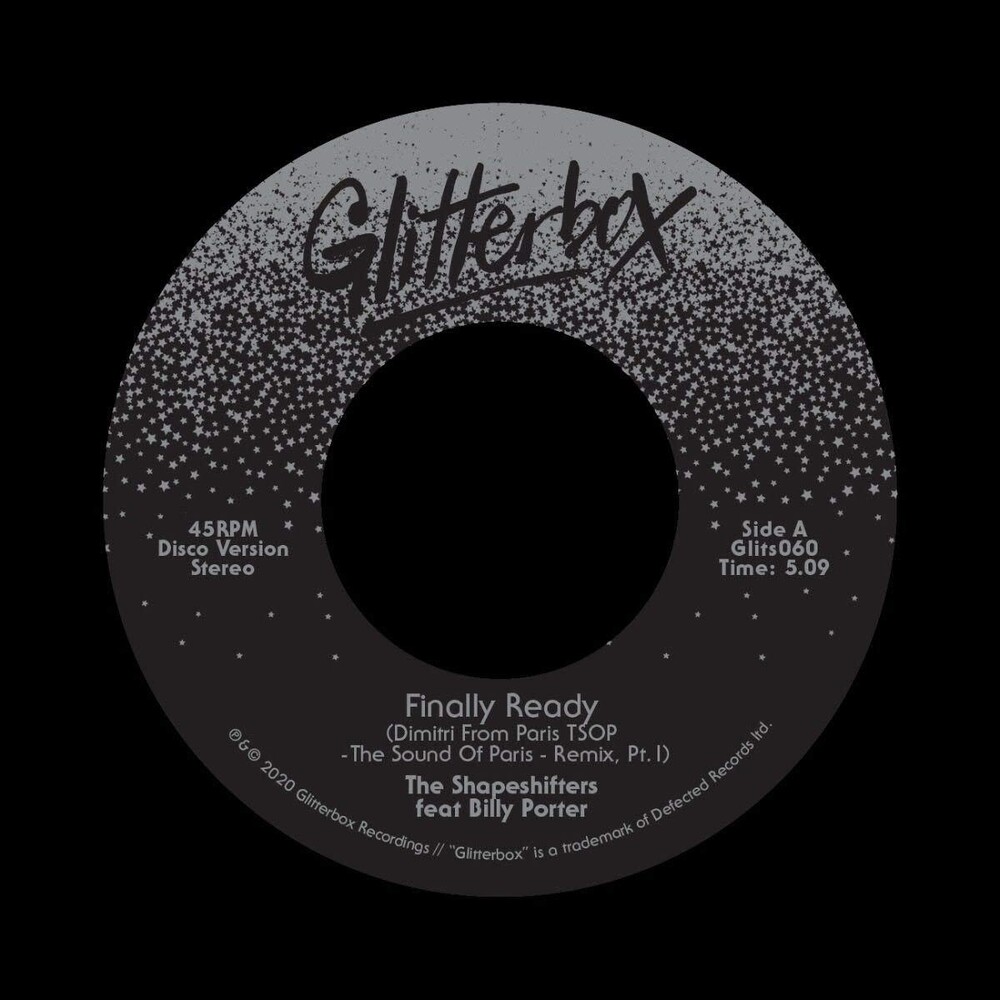 'The Shapeshifters' studio mastery and dedication to his craft has resulted in singles that stand up alongside golden era disco records as much as they sound fresh on dancefloors today. His rich relationship with Glitterbox has yielded instant classics that epitomise the label's ethos for preserving disco's mission to uplift and empower, especially with his latest release and debut collaboration with the Grammy, Tony and Emmy Award-winning Billy Porter, 'Finally Ready'. Now, another of the label's nearest and dearest, Dimitri From Paris, steps up to remix The Shapeshifters' latest on a special 7' vinyl package. Co-written with Billy Porter as a declaration of Pride, Dimitri From Paris adds his signature stylish flare onto the suitably theatrical original. Split into two parts, Pt. I on the A-Side keeps Billy's unmistakable vocal at center stage, with funk-fuelled organ chords and rich keys bringing Dimitri's Sound Of Paris. On the flip, Pt. II is a more stripped back version, allowing the classic disco instrumentals to really shine, as a previously unheard and powerful spoken-word vocal from Billy narrates along with improvised vocals taken from the studio recordings. Expertly crafted and brimming with emotion, the joyful message of 'Finally Ready' rings true through Billy's lyrics on both mixes, as Dimitri From Paris brings a new dimension to this dancefloor essential.