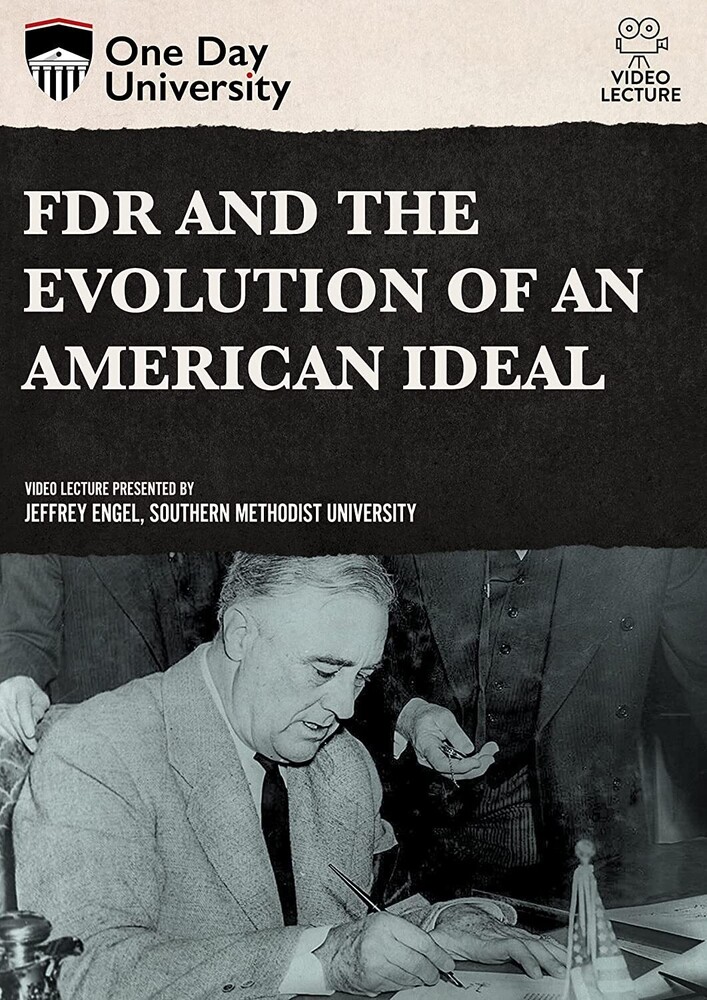 One Day University presents a series of video lectures recorded in real-time from some of the top minds in the United States. Given by award-winning professors and experts in their field, these recorded lectures dive deep into the worlds of religion, government, literature, and social justice. The United States stands for freedom. No politician dares say otherwise, lest they seek an early retirement. But what kind of freedom, precisely, and for whom? Franklin Roosevelt offered an answer in 1941. Believing the United States had a role to play in the battle against Nazi and fascist aggression already underway in Europe, he called Americans to arms not just to preserve their security, but their way of life, and their very freedoms. Four freedoms, to be exact: freedom of speech, freedom from want, freedom of religion, and freedom from fear. Roosevelt's words helped define American politics and foreign policy for generations, but the freedoms he desired are not necessarily those espoused today. He called for freedom from want, citing the need for universal health care in particular. Needless to say, contemporary Americans continue to struggle to find a universal sense of how much is too much, and how much should government do to keep all it's citizens from wanting. He called for freedom of speech, yet today we debate if that applies to corporations as well as people and if money and speech are truly one and the same. He called for the freedom to worship as one pleases, yet as the recent campaign demonstrated, not every religion is universally embraced across the political spectrum. Finally, Roosevelt promised freedom from fear, and today Americans live as fearful of the future as ever. Contemporary Americans live in the shadow of FDR, but as we ponder the country's future, and as we trace the evolution of our common understanding of this term from 1941 to our present day, we need to ask as well: if we stand for freedom, can we even define it?