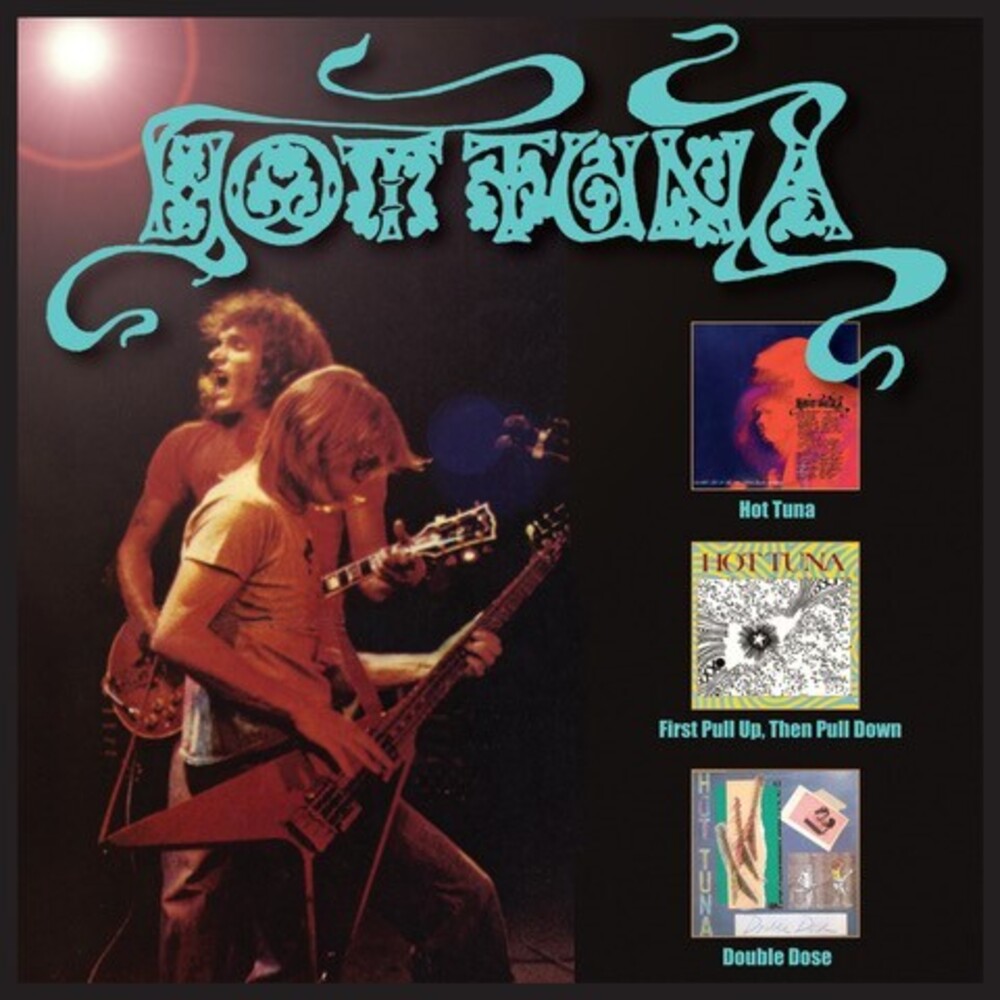 Hot Tuna is an American blues band formed in 1969 by guitarist Jorma Kaukonen and bassist Jack Casady during a break from Jefferson Airplane while Grace Slick was recovering from throat surgery. The band played several shows around San Francisco before Jefferson Airplane resumed. Their early repertoire was derived mainly from Airplane material and covers of American country and blues artists. The band's name came from someone Kaukonen refers to as a "witty wag" who called out "hot tuna" after hearing the line 'What's that smell like fish, oh baby,' from the song "Keep On Truckin'".This selection features the band's first two albums "Hot Tuna" (1970) and "First Pull Up, Then Pull Down" (1971) released on RCA and the later "Double Dose" live album recorded at Theatre 1839, San Francisco and released in 1977 on Jefferson Airplane's own Grunt label.