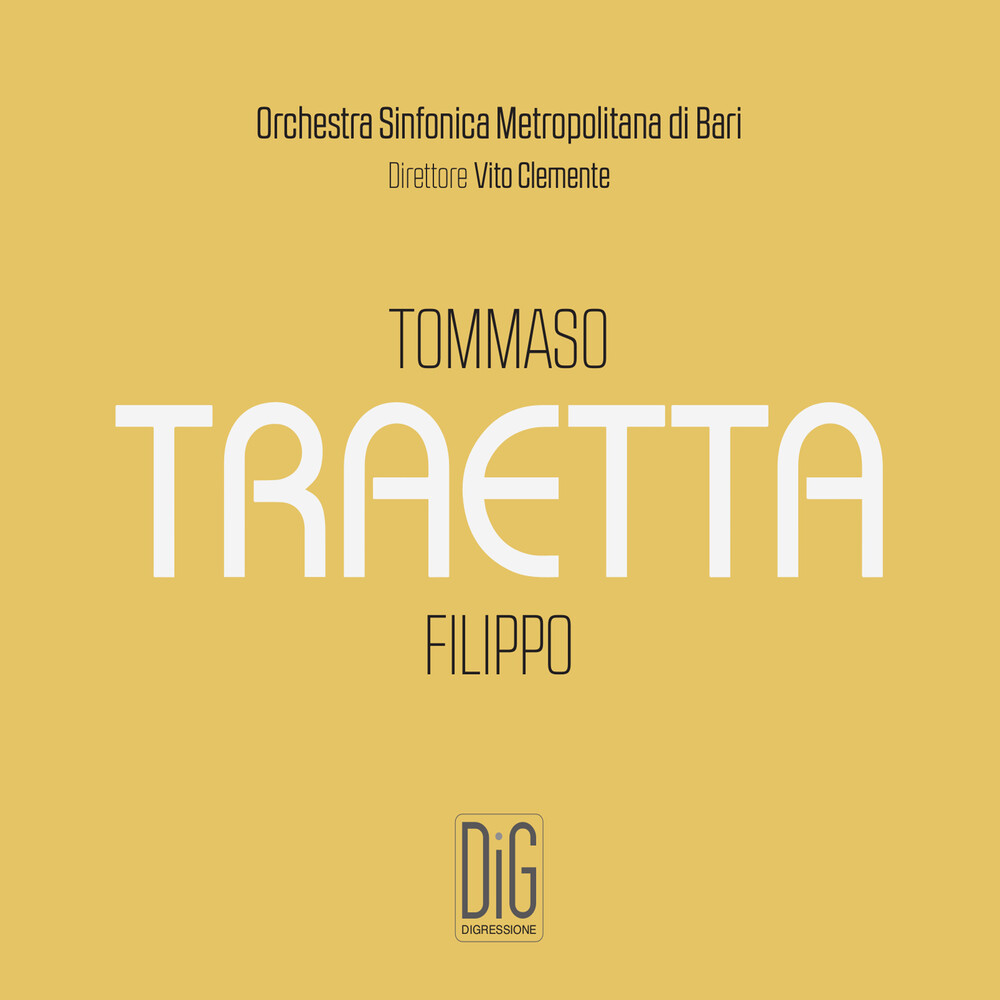 Father and son united by the bond of blood and music. This is the fil rouge of the disc dedicated to Tommaso and Filippo Traetta, composed of music performed by the Orchestra Sinfonica Metropolitana di Bari, presented in Bitonto, as part of the Traetta Opera Festival. The festival of the city of oil, realized with the support of the Regione Puglia, boasts important collaborations at local and international level with entities such as the Metropolitan City of Bari, the Japan Apulia Festival of Tokyo, Idea Press USA Musical Edition, the University of Rhode Island, the conservatories of Monopoli and Bari ("Rota" and "Piccinni"), as well as Epos Teatro and Musica Insieme. This recording, published by Digressione Music and introduced in the libretto by Dinko Fabris, seals the multi-year synergy between the Bitonto festival and the Metropolitan Orchestra that will give to the whole metropolitan territory and the world a work of great artistic value. The disc pays tribute to the two composers, travelers and great interpreters of music between '700 and '800. On the one hand the genius of Tommaso Traetta, born in Bitonto but known throughout Italy (Rome, Venice, Parma), Europe (with the experiences made in London and Vienna) and in the world (thanks to the experience in Russia at the court of Tsarina Catherine II), on the other hand the rediscovery of the repertoire of his son Philip, known because he founded three conservatories in the United States (in Boston, Philadelphia and New York). Inside the disc the most significant overtures of the operas of Tommaso Traetta and some pieces by Filippo Traetta (two overtures and non-operatic pieces).