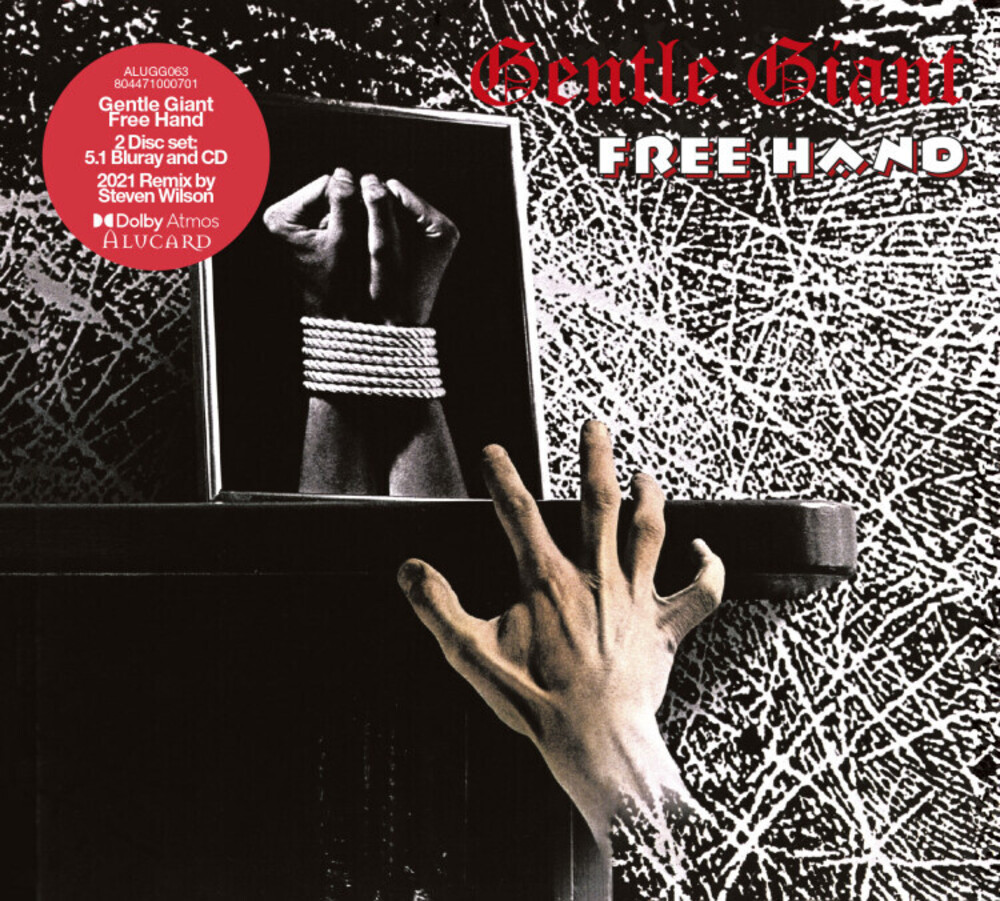 CD+Blu-ray. Free Hand was Gentle Giant's seventh album originally released in July 1975. This album was the most commercially successful of the band's career reaching the top 40 albums in Billboard Magazine. It stands as the culmination of the band's maturity, following the successes of 'In A Glass House' & 'The Power & The Glory'. Having toured Europe & North America non-stop in the years prior to this release with artists like Jethro Tull, Yes, Zappa etc, the band had gone from strength to strength. By the time 'Freehand' was released Gentle Giant' had become a major headliner in it's own right. All the members were Multiinstrumentalists. The band were never afraid of surprising an audience with a 4 part recorder ensemble followed by a vibraphone solo, all the while rocking the audience and thoroughly enjoying themselves onstage at the same time. Gentle Giant albums featured many songs with both literary subjects as well as social and personal commentary on life as rock musicians. Free Hand has more than most. The title of the album and first track were so named as the band had just changed record labels and management and felt unshackled by prior contractual obligations. Putting these issues behind them upon it's first release, Gentle Giant embarked on an extensive tour of North America and Europe, plus a short tour of the UK, to promote the album. The incredible range of Gentle Giant's music is evident hroughout this album. From the intricate vocal fretwork of 'On Reflection' and the delicatemedieval flavor of 'Talybont' the Celtic-tinged rock of 'Time To Kill' and the jagged rhythms of 'Just The Same' all those diverse elements which made the band so strikingly original are skillfully blended and perfectly executed.

Award winning producer and musician STEVEN WILSON has added his delicate touch in remixing Free Hand in Dolby Atmos & 5.1 surround sound. His tonal range and painstaking attention to sound quality make Free Hand sound as fresh today as it did on first release. A fitting tribute to the compositional skills and expertise of five dedicated musicians. Steven Wilson's remixed version of 'Freehand' will be released in Dolby Atmos, 5.1 surround sound accompanied by custom animated visuals for each track on Blu-ray. In addition, the original flat mix, original 1975 quad mix and an instrumental mix will all be included in a Digipack CD.

A double vinyl album will also be released with both the original flat mix and Steven Wilson remixed version.