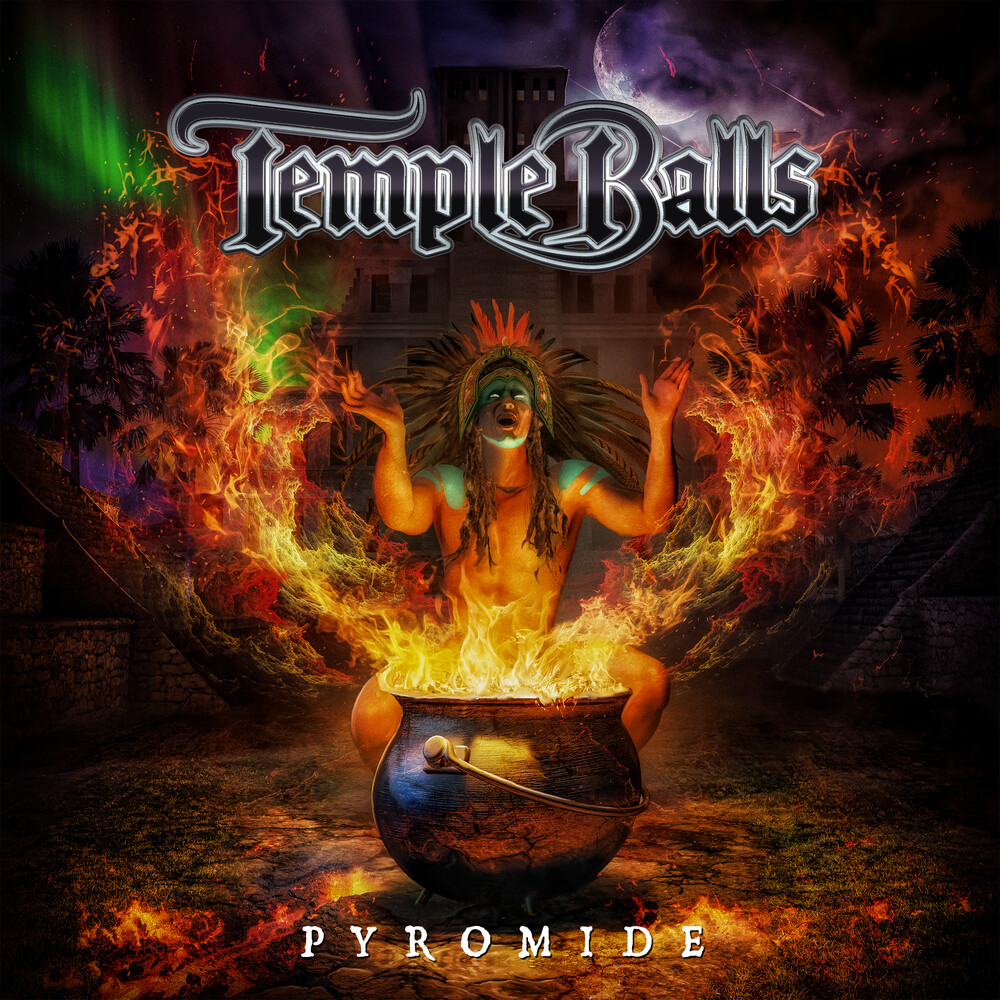 Temple Balls are an energetic hard rock band from Finland. "Pyromide", their Frontiers debut and third album overall, is a tour de force of melodic hard rock that sees the band pushing themselves onto the world stage. Produced by none other than Jona Tee (H.E.A.T.), "Pyromide" is a tour-de-force of hooks, powerful rhythms, and anthemic rock `n roll like it was meant to be played.

For the past couple of years, Temple Balls has kept busy both in the studio and on the stage. Opening for such bands as Sonata Arctica, Queen, Deep Purple, and Uriah Heep, the band has proven to be more than capable to handle stages of any size, whether it be a big festival or your local club's stage. Live, this band will set your friggin' pants on fire and turn you into a believer.

The band's first official single, 'Hell And Feelin' Fine' was released in September 2016 and got loads of airtime on Finnish Radio Rock. The band's debut album was recorded at Karma Sound Studios (Thailand) in May 2016, and saw the daylight on February 24, 2017. The album was produced by Tobias Lindell, who is known for his collaborations with Europe, Mustasch, and H.E.A.T. Fall of 2017 started with a sold out tour across Finland with Battle Beast. The band also played in Japan for the first time and did a five day tour of Ukraine in late 2017. After their swing through Japan, the readers of the biggest Japanese rock magazine Burrn! voted Temple Balls as `the second brightest hope' and additionally were chosen as `The Newcomer of the Year' on Masa Ito's Rock TV.

The second album, "Untamed" dropped on March 8, 2019 and immediately got fantastic reviews from music media such as Soundi and Burrn! magazines. The band also toured Europe as support fro Sonata Arctica, cementing their reputation as a stellar live act.

Temple Balls third album, "Pyromide" is now ready to be unleashed. Produced by none other than Jona Tee (H.E.A.T), it is a stunning punch in the face for all lovers of anthemic and melodic hard rock.