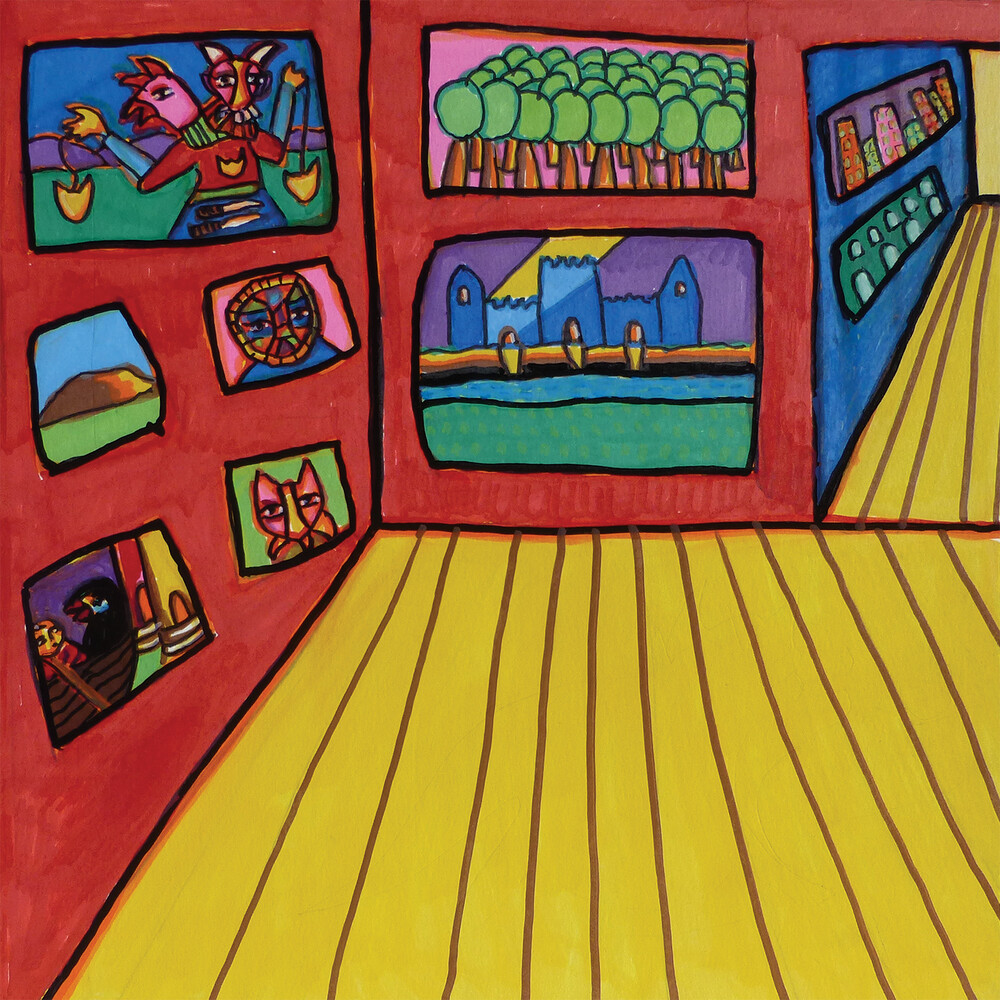 Mountain Movers arguably are the perfect band for all the true "heads" out there. The New Haven quartet have been at it for 15 years, and the "newest" lineup (now at it for well over a decade; vocalist/guitarist Dan Greene, bassist Rick Omonte, guitarist Kryssi Battalene and drummer Ross Menze) have firmly grasped what it takes to fry brains; achingly beautiful melodies buoyed by a life raft of white-hot guitar scree and mind-melting feedback. "World What World" is the band's eighth album and third for Trouble In Mind Records. "World What World" is the newest chapter of the group's continued explorations and efforts to refine their sound. The lyrics of "World What World"s songs all imply a protagonist on a quest; the title itself is an implied query with no question mark; is it a question, or a statement?. The one-two punch of opener "I Wanna See The Sun" and "Final Sunset" lay out what's in store; Crazy Horse-inspired sandpaper melodies sit comfortably next to improvised, PSF-influenced six-string ragers. The group performs together effortlessly and telepathically, subverting the loud/quiet/loud dynamic that has saturated independent music since the late-Eighties. The loud parts and quiet parts are like waves; indistinguishable from each other, creating a fluid dynamism and intensity that swallows the listener up in it's current, sweeping it toward oblivion. Hyperbole, you say? Watch out for midway through "Then The Moon" when the tune's lilting waltz pivots into a casually blistering solo by Battalene before fading into the melancholic "Haunted Eyes" - beckoning you with a mournful sidelong glance. Side Two opens with "Staggering With A Lantern", an elegant, lumbering instrumental improvisation again showcasing the synergistic shredding of the group's guitarists. The sticky lyrical hooks and sideways jangle of "Way Back To The World" and "The Last City"s midnight-hour, mellow singe come next, before concluding "World What World"s journey with "Flock of Swans". The song is the perfect closer and culmination of the album's mission statement. The subjects that populate Greene's songs and visual imagery augment his elegiac lyrics, awash in magical realism and fantastic symbolism; knights, fighters, dragons, masks. Poetic missives are launched from the heart straight into the neural pathways, guided by the rhythm section's otherworldly chemistry and Battalene's masterful control over her instrument. Mountain Movers have been at it too long to care about acclaim. They do it because the music calls out to them, and they let it carry them away. "World What World" is released on cassette, black vinyl (a limited "Purple Majesty" color vinyl version is also available while supplies last), and streaming on all digital platforms on