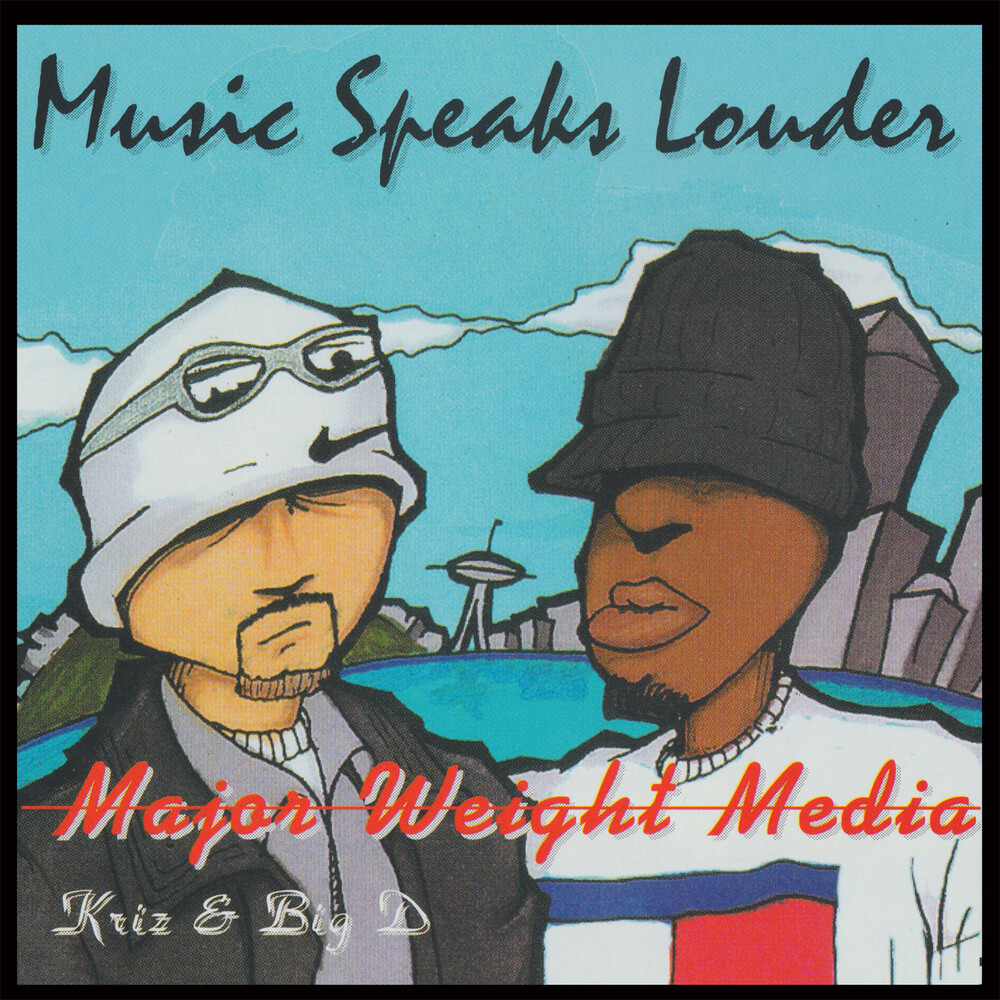 For the the third release on NBN Archives, we stay on the left coast but we head to the North West - Seattle to be exact, home of Major Weight Media. Considered an obscure classic amongst G-Funk specialists, Major Weight Media was a Hip-Hop project from Seattle started by Lil Kriz, a Detroit-born composer and MC who moved to Seattle in 1988, graduated from Garfield High School then enrolled in the Art Institute of Seattle and got his degree in audio engineering. Lil' Kriz had been playing piano since he was a kid and displays his incredible composition talents all over this debut 6-track EP. The whole project is laced with nothing but funky beats and smooth verses from Kriz himself and Big D. Originally produced in 1996, but self-released in 1997 on CD only, "Music Speaks Louder" is available for the first time on record. A worthy addition to the NBN Archives catalogue and one for the 90's Hip-Hop heads.