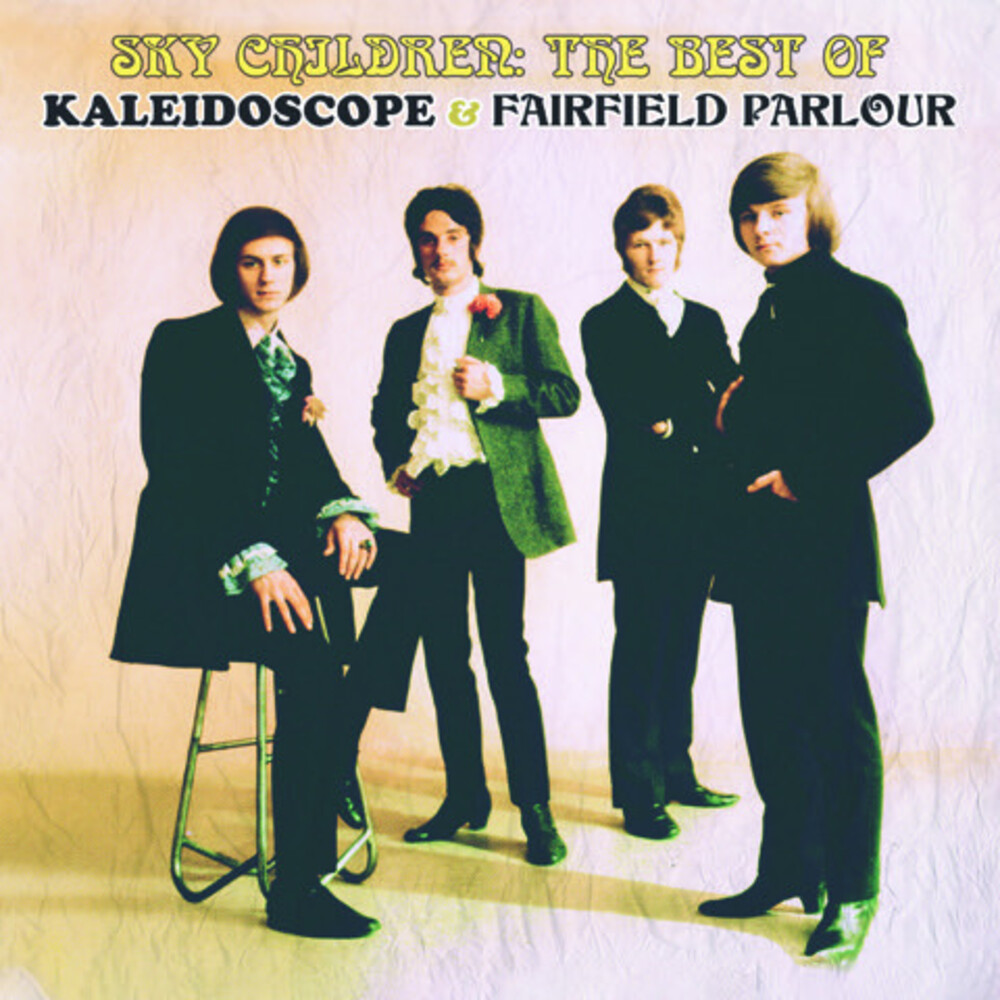 First US compilation for this much beloved, yet often overlooked, UK group capturing highlights from their entire recorded legacy. Emerging from the British 1967 Psychedelic scene, Kaleidoscope released two fine albums (Tangerine Dream, Faintly Blowing) and several non-LP singles with Fontana before switching to Vertigo and evolving into the more folkier and progressive Fairfield Parlour in 1970. This newly remastered collection includes their hit "Bordeaux Rosé" plus key album cuts like "The Sky Children", "Snapdragon" and the tour-de-phase "Music". Also included is an early demo from 1964 when these four men, Peter Daltrey, Eddie Pumer, Steve Clark and Danny Bridgman, were a driving beat combo known as the Sidekicks. The set also includes a DVD of previously unreleased/unbroadcast footage from French & German TV archives in addition to video from the band's memorable final performance in London, 2017. A fabulous introduction to their seminal catalog as well as a must have for any serious Kaleidoscope/Fairfield Parlour collector.