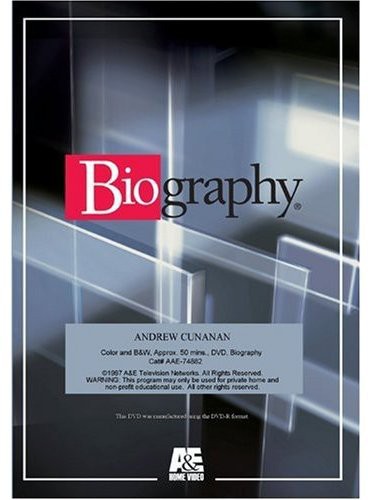 He left a trail of bodies across the nation. His apparent suicide on a Florida houseboat ended one of the most publicized manhunts in years. Andrew Cunanan became famous overnight when he was named as the suspect in the Gianni Versace murder. But he was already well known to the FBI, who had added him to the Most Wanted list just three days earlier for his role in four other killings. BIOGRAPHY retraces Cunanan's terrifying spree, and explores his past, looking for clues to the killer he became. Investigators recall the trail he left behind, and reveal what helped to break the case, while crime scene and news footage capture the horrors of his crimes. Former friends and associates offer a personal view of the killer, and tell of his rage at discovering he was infected with HIV, vowing revenge. It's a chilling portrait of a single-minded killer who made his mark in blood on the consciousness of the nation.