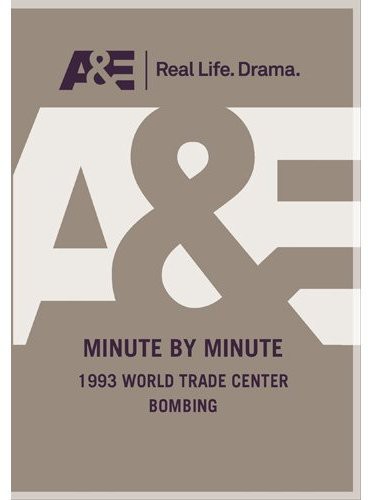 8 years before they were destroyed, the twin towers of New York City's World Trade Center survived another attack designed to topple them. MINUTE BY MINUTE, A&E's new first-person documentary series, tells the story of the fateful day that, in retrospect, was the first salvo in a conflict to come. The blast came just after noon on a February day. Some speculated that a transformer had blown up, but the truth was soon known-a van packed with explosives had detonated in the garage beneath the famous landmark. It was designed to bring the tower down, and while it failed, it turned the World Trade Center buildings into houses of horror. THE WORLD TRADE CENTER BOMBING uses extensive footage and the personal recollections of dozens of survivors to paint a moving and intimate picture of what it was like to live through the first skirmish in the war on terrorism. Some made it down 110 terrifying flights in stairways filled with smoke. Some were trapped in elevators without any knowledge of what had happened. Some learned lessons that would save their lives on September 11, 2001.