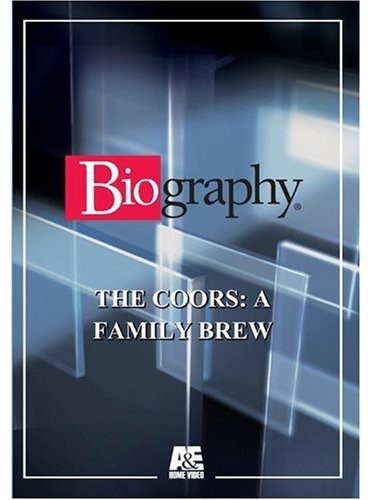 In the heart of the Colorado Rockies, a remarkable family has pursued a single vision for generations. They forged an empire based on Rocky Mountain Waters. The Coors family has survived controversy, tragedy and personal and professional attacks to become one of the nation's richest. The owners of the largest single brewery in the world, the Coors have always run things their own way. Their rugged individualism, stubborn entrepreneurial spirit and deep loyalty have kept them successful for over 100 years. THE COORS: A FAMILY BREW tells their complete story, from the vision of Adolph Coors, a German immigrant who founded the company in 1873, to the controversy that their staunch right-wing views attract. See how the beer developed a near-cult following in the west (it was the brew Burt Reynolds smuggled cross-country in Smokey and the Bandit) before going nationwide. Learn of the tragedies that the Coors have overcome, and see how they have handled accusations of racism, homophobia and unfair labor practices. Interviews with many of the Coors help tell the story of the family business that has become an American empire.