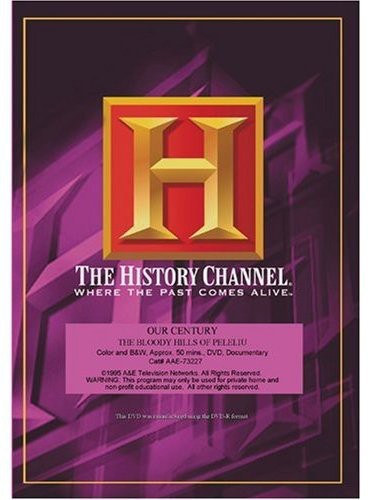 It was supposed to be an easy victory for the U.S. Marines. The desolate island of Peleliu in the Caroline chain was not important, but the Allied war plan called for it's conquest as U.S. forces continued their inexorable advance on Japan. But the Japanese defenders of Peleliu had dug a network of caves that enabled them to survive the bombardment by U.S. ships with few losses, and when the Marines came ashore on September 15, 1944, they met with unexpected, ferocious resistance. THE BLOODY RIDGES OF PELELIU is a probing look at a battle that was meant to take days but ended up lasting two months at the cost if over 13, 500 lives. Graphic combat footage captures the agonizing advance of the U.S. forces, while Marines and Japanese survivors recall the long fight. Military experts detail the shifting strategies of the battle, and examine the objectives and cost.