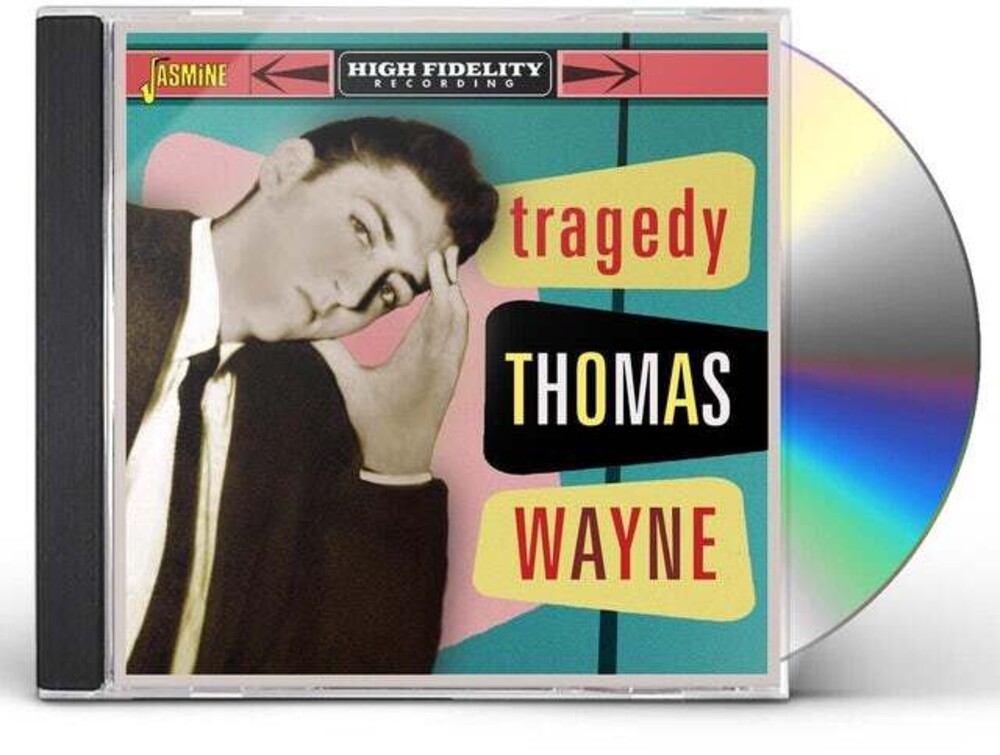 THOMAS WAYNE - famously, the younger brother of Johnny Cash's guitarist, Luther Perkins - was only eighteen years of age when he recorded the million-selling 'Tragedy', a worldwide hit in 1958.

Although destined never to have another major success, he cut the original version of Chips Moman's 'This Time', and he co-wrote and recorded the original of 'Girl Next Door Went A-Walking'.

All are included on this compilation, which comprises all of Wayne's known recordings between 1958-62 across five different record labels.

The three bonus tracks feature Elvis Presley's cover of 'Girl Next Door Went A-Walking', plus The Fleetwoods and Troy Shondell's million-selling revivals of 'Tragedy' and 'This Time', respectively.

This is the first-ever Thomas Wayne compilation and around half these sides are new to CD; apart from 'Tragedy', few of his early 45s have ever been reissued in any format, and are nowadays major collectors' artefacts.