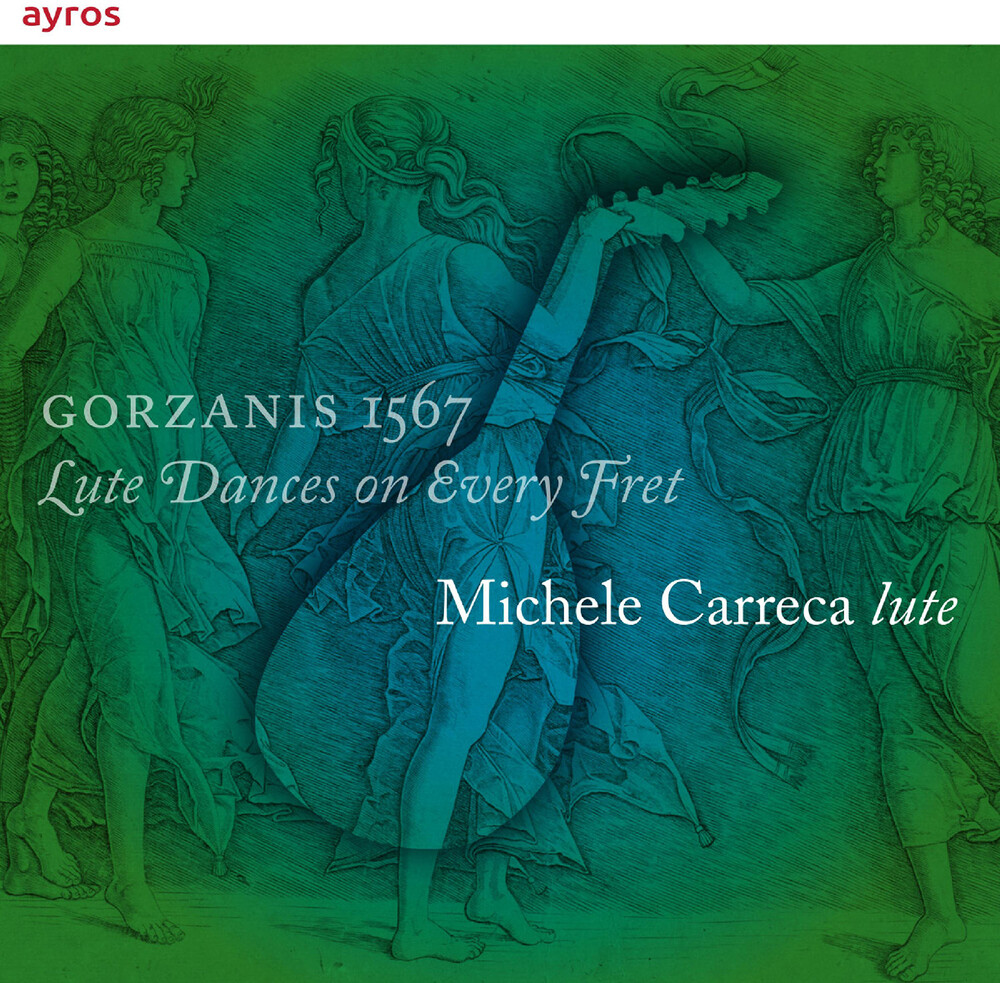 Gorzanis' "Libro de intabolatura de liuto" (1567) is the first known case of music composed on every semitone of the octave. It is a cycle of 48 dances which explores all the fingerboard, using Renaissance modes and simple cadenza and diminution formulas. This album, conceived as a sound image of the manuscript, is recorded for the first time in it's entirety and it retains the exact order of the songs. Michele Carreca was born in Foggia and graduated in lute at "Conservatorio Santa Cecilia" in Rome with Andrea Damiani in 2006. He attended master classes held by Paul O'Dette and in particular by Hopkinson Smith, which has been a main point of reference for his studies. He has made recordings both as a soloist and as a continuo performer for Deutsche Grammophon, Sony-DHM, BrilliantClassics, Classic Voice-Antiqua, Continuo Records, Ipsar, Rai Trade, Urania Records.