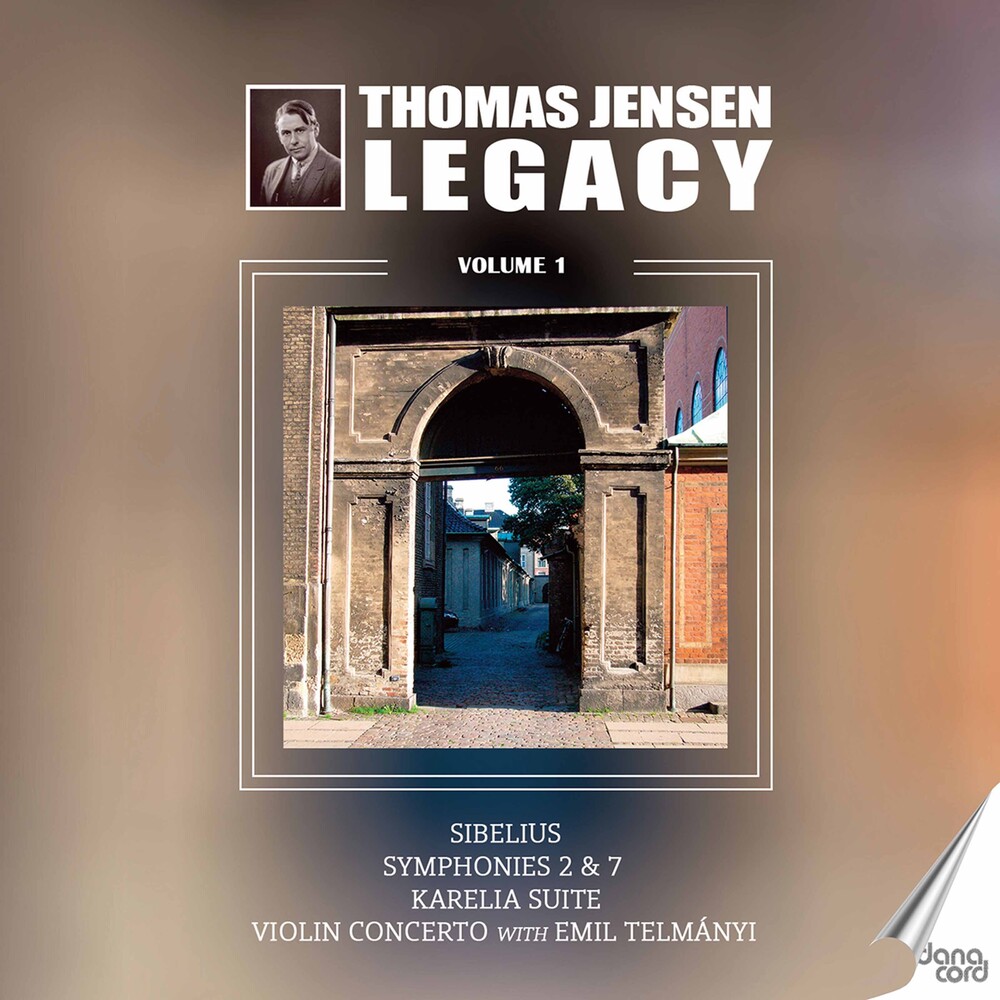 Having played the cello in several of the symphonies under the composer's baton, Thomas Jensen brought a definitive combination of passion and authority to the music of Jean Sibelius. To launch an extensive series dedicated to Jensen's artistry, Danacord presents a new compilation of major works by the Finnish composer in live and studio recordings, including album premieres for these broadcast performances of the Second and Seventh symphonies. Thomas Jensen studied at the Danish Conservatory of Music. Jensen led several Danish ensembles, including the Danish National Symphony Orchestra (from 1957) and the Aarhus Symphony Orchestra (then known as the Aarhus Civic Orchestra). In Aarhus he built the small orchestra up through broadcasts and tours within Denmark and later to Germany and the Netherlands. He also conducted the Tivoli Concert Hall Orchestra.