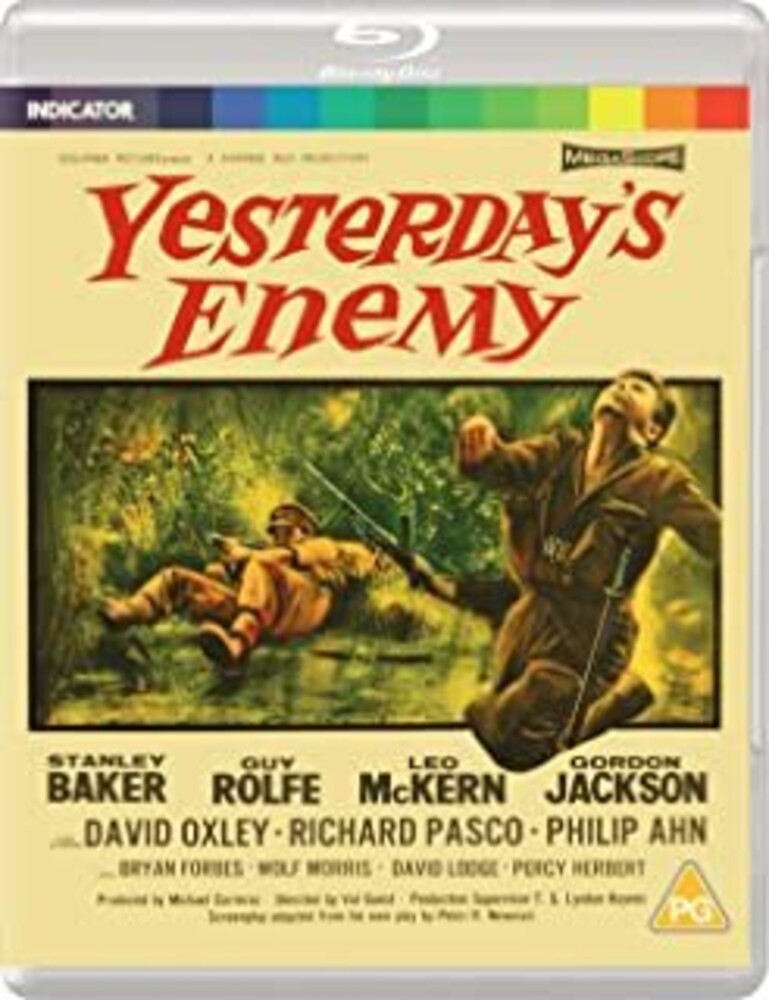 A riposte to the criticisms levelled at The Camp on Blood Island, Hammer's previous war picture, released a year earlier, this stark and often savage examination of how war and conflict can corrupt otherwise good men, Val Guest's Yesterday's Enemy is one of the famed studio's most hard-hitting but underappreciated productions. It posits an impossible moral dilemma - is it ever justifiable to sacrifice a small number of innocent lives in the hope that thousands more will be saved? Headed by the formidable Stanley Baker (Hell Drivers, Eve), Yesterday's Enemy consciously and directly opposed the overwhelmingly patriotic spirit of British war films of the period, and remains a bleak exploration of duty, survival, and the effects of war. Region free