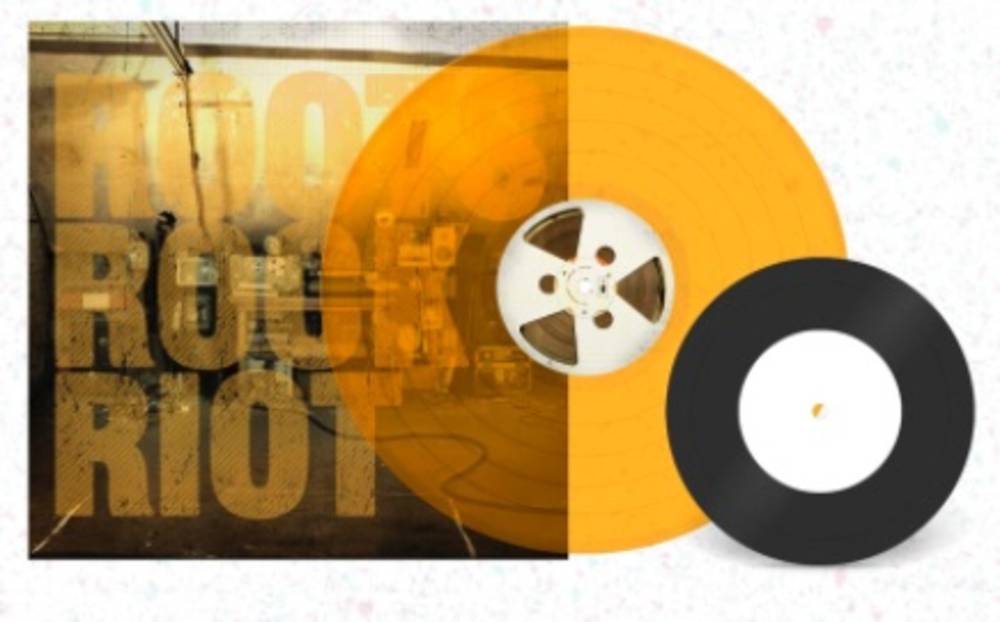 "Roots Rock Riot" for the first time on vinyl, and as an additional bonus, all copies of the initial vinyl pressing come with a 7" featuring two exclusive tracks. First of all there is finally the addition of the track 'It's a Crime', only ever available on the original Japanese version of the album, and the previously unheard track 'Struggle', taken from the original album recording sessions but never released until now. Also released as part of this re-issue campaign is a brand new CD format, including both tracks featured on the 7" included with the vinyl, plus also a further additional track, an acoustic version of the Roots Rock Riot album track 'Destroy The Dancefloor'.