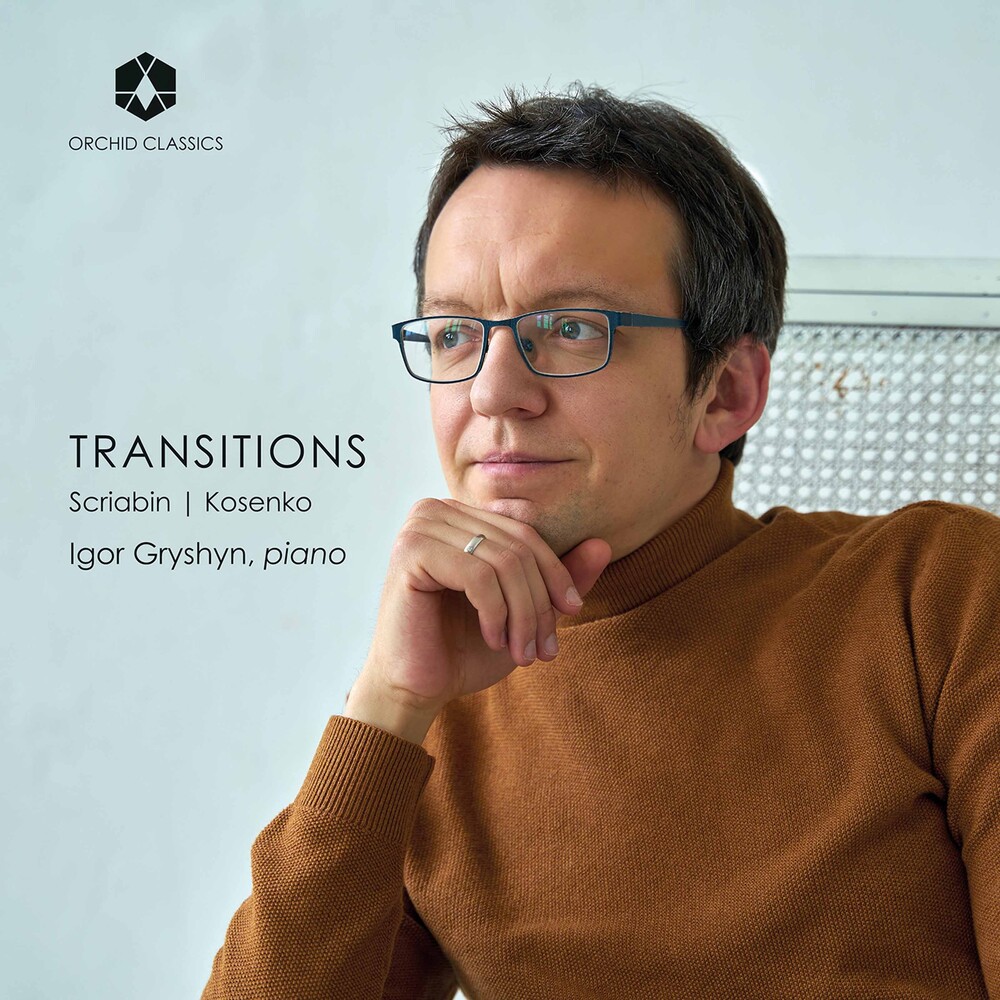 Ukrainian pianist Igor Gryshyn performs the music of one of his greatest compatriots, pianist-composer Viktor Kosenko, alongside repertoire by a figure who inspired Kosenko's output: Russian composer Alexander Scriabin. This album brings Kosenko's music into the spotlight and reveals a composer deserving of wider attention. Kosenko's Études, Op. 8 brim with a wealth of ideas, encompassing the chromatic fluidity and shifting colours that show Scriabin's influence with other stylistic traits ranging from full-blooded Romanticism to jazz. Scriabin's Four Preludes, Op. 22 date from early in his career and demonstrate his love of Chopin's music as he takes elements of Chopin's style to new extremes of expression. The Sonata No. 4 in F sharp major, Op. 30 was composed at a crossroads in Scriabin's life, and reflects his increasingly vivid treatment of music as a vehicle for his ecstatic, intoxicating visions.