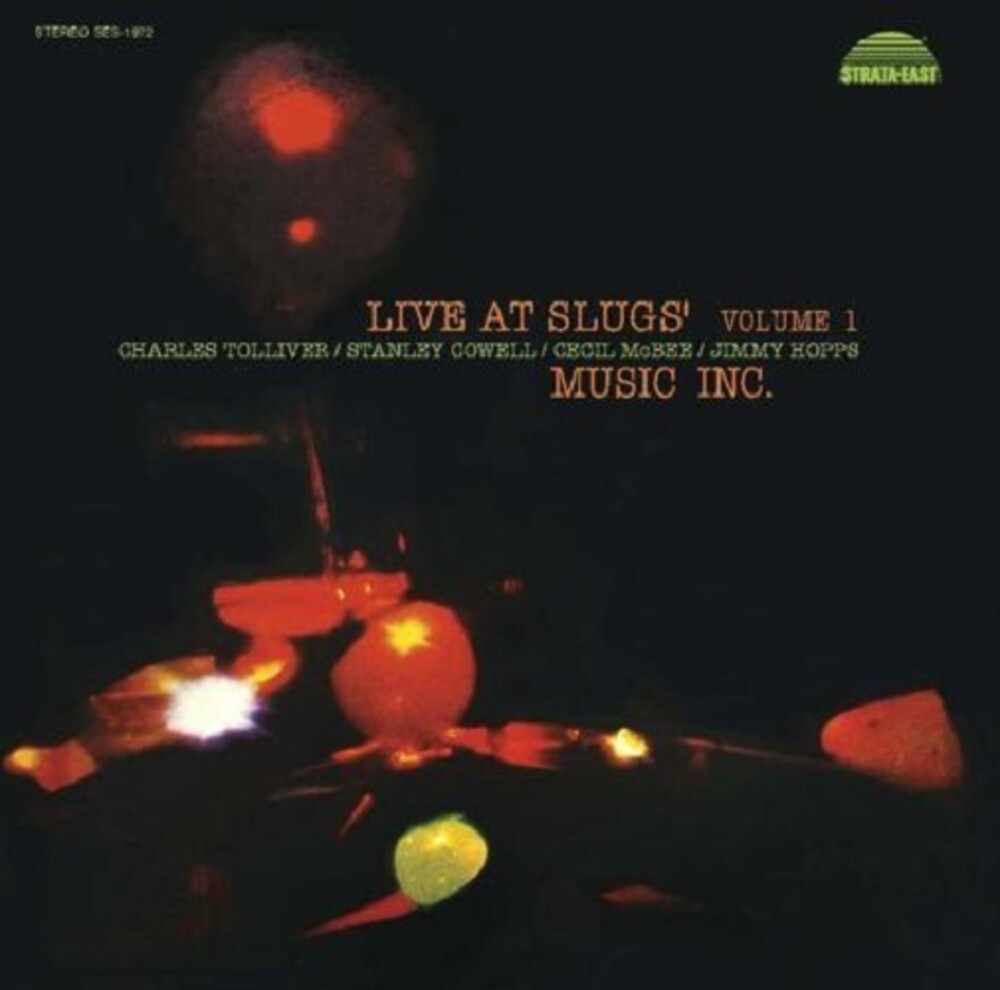 Where have you gone, Charles Tolliver? There was such promise in the concept of Music Inc., and in Strata East, but evidently, the music world's attention was elsewhere and this tremendous live set was probably heard by only a few hundred sets of ears. On the back of the record sleeve, Tolliver undersigned his mission statement: 'Music Inc. Was created out of the desire to assemble men able to see the necessity for the survival of a heritage and an Art in the hopes that the sacrifices and high level of communication between them will eventually reach every soul.' And he isn't kidding. You won't find a much higher level of communication than he, Cecil McBee, Stanley Cowell, and Jimmy Hopps engaged in on May 1, 1970, at Slugs' in New York City. This was much more than an attempt to merely 'preserve acoustic jazz' as in the stilted Marsalis vein. This was an attempt to preserve a measure of authenticity while maintaining the notion of forward-thinking, present-tense improvised music. They deserved a greater response than the lukewarm, sparse applause they received that night, and continue to deserve a far more cognizant audience for their efforts.Tolliver ('Drought'), McBee ('Felicite'), and Cowell ('Orientale') each contribute a track to the set; though very much distinct, each is equally strong. 'Drought' is the kind of dark-hued, well-honed burner that Tolliver routinely produced in his fertile years. 'Felicite' is a more contemplative affair, a deeply felt and empathically performed piece; the unit here is in particularly sublime form, merging considerable skill with a staggering depth of emotion. 'Orientale' falls somewhere in between the pace of the two, with Cowell's Eastern scales establishing an austere, industrious tone throughout it's seventeen-and-a-half-minute length.Through it's duration, the music on Live at Slugs' is often riveting and incessantly compelling. Hopps is a lesser-known entity to me, but the other three players featured here are some of the all-time underrated presences in the jazz pantheon, and they play nothing short of masterfully. Always a presence on his recordings, Tolliver demonstrates the tremendous range, flair, and command as a trumpeter and leader. Had he not come along at a time when pure jazz was falling out of favor, I have to believe his name (along with Woody Shaw's) would be every bit as prolific as Freddie Hubbard's or Lee Morgan's; the same holds for the always brilliant and expressive McBee on bass.