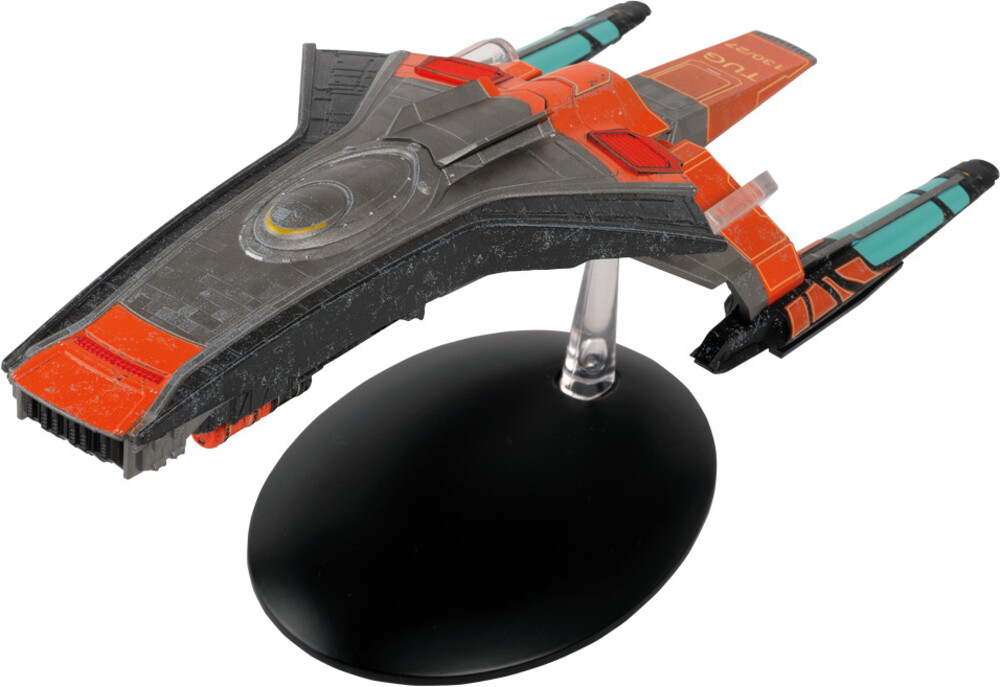 Introducing Starfleet Wallenberg Tug starship as the next model from our Star Trek Universe Starship Collection!

A larger variety of spacefaring tug, the Wallenberg class saw use by the Federation in the late 24th century as a warp-capable ferry.

Most notably, the Wallenberg formed a key part of the rescue armada that the Federation intended to evacuate the planet Romulus, when its sun threatened to go supernova. Tragically, the fleet was destroyed at dock by a rebellion of rogue synths, leaving much of the Romulan population stranded on their doomed world.

Appropriately enough, given its intended mission, this class of vessel was named for the Swedish diplomat Raoul Wallenberg - whose efforts saved thousands of Jewish people from the Holocaust.

This highly detailed model replica of Starfleet Wallenberg Tug starship is based directly on the original VFX model to guarantee extraordinary accuracy.

Inside the magazine is a profile of Starfleet Wallenberg Tug starship and an in-depth article about the design process behind the ship, with original production artwork and exclusive interviews with the concept artist who worked on the design.