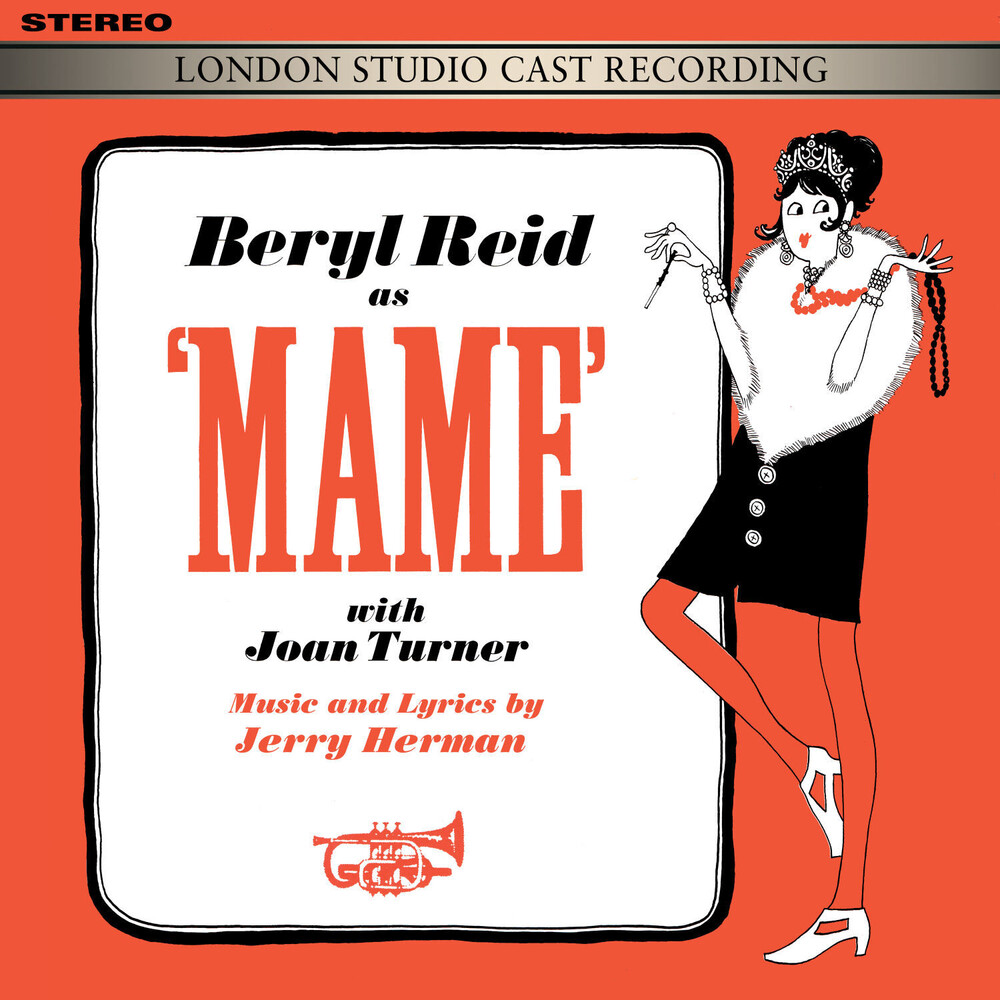 Stage Door are pleased to present the debut CD release of the 'Mame' 1969 London Studio Cast Recording. Jerry Herman's musical 'Mame', based on the 1955 Patrick Dennis novel 'Auntie Mame', is quite rightly considered one of the most iconic pieces of musical theatre produced in the 1960s. Featuring a plethora of hit songs including 'It's Today', 'Open a New Window', 'If He Walked into My Life', 'We Need a Little Christmas', 'Bosom Buddies' and the title song, the 'Mame' score affirms Herman's rightful place in the pantheon of great composers. Opening on Broadway in May 1966, and running a total of 1504 performances, the production featured a trail blazing Tony Award winning performance by Angela Lansbury in the title role. 'Mame' transferred with much fanfare to London's West End in 1969 with Ginger Rogers playing the exhubernt and larger than life Mame Dennis. 'Mame' opened at the Theatre Royal Drury Lane on February 20th 1969 and ran 448 performances. Although a segment of Roger's performance with the London Cast was performed and preserved during that year's Royal Variety Performance, an Original London Cast Album of Bernard Delfont and Harold Fielding's production never came to fruition. Ahead of the show's London opening, the Major Minor label recorded a studio cast album of 'Mame' produced by Norman Newell at Abbey Road Studios. Recorded on January 5th 1969, the all British studio cast album starred popular actress Beryl Reid as Mame. At the time of recording, Reid was riding high on the success of the recently released film adaptation of 'The Killing of Sister George', a role for which she'd won the Tony Award for "Best Performance by a Leading Actress in a Play" in 1966. Reid was no stranger to Jerry Herman having sung the role of Dolly Levi on a 1965 studio cast recording of 'Hello, Dolly!' for MFP. Comedienne and singer Joan Turner was cast as Vera Charles. Throughout the 1950s, Joan Turner was one of Britain's most popular and highest paid entertainers with her unique brand of comedy interpolated with opera. A classically trained soprano, Turner's impressive four and a half octave vocal range made her a hit in variety and her performance shines on the 'Mame' recording. The Major Minor 'Mame' studio cast was rounded out with established session singers including Pat Whitmore, Charles Young and Fred Lucas, all of who were familiar names associated with the many London Studio Cast Albums of the era. Released as part of Major Minor's "Budget Series", the album was well distributed and proved popular, particularly in the absence of an Original London Cast Album. Stage Door now present the CD debut of Major Minor's 'Mame' London Studio Cast Album, digitally remastered from stereo tape. Included as "Bonus Tracks" are Joan Turner's rare 1954 sides of 'The Homecoming Waltz' and 'The Shadow Waltz' (from the BBC TV serial 'The Teckman Biography') recorded for the Philips label with Wally Stott and his Orchestra. The 'Mame' 1969 London Studio Cast Album is a limited edition release of 500 units only.