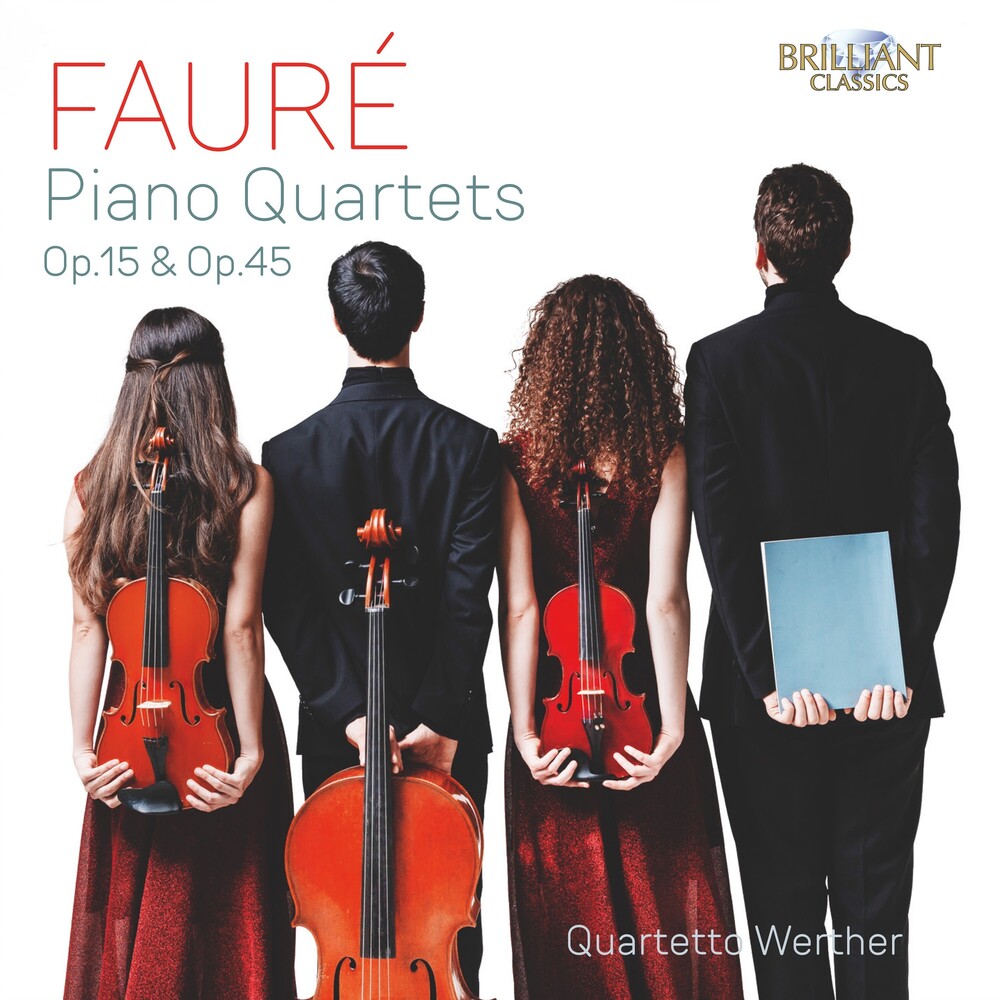 Established in Rome in 2016, the Quartetto Werther has already carried off several prizes at chamber-music competitions in it's native Italy, and it's members have been winners of several competitions for young musicians such as the Premio Geminiani awarded in 2019 to violinist Martina Santarone. As an ensemble they have studied with the Trio di Parma and the Cuarteto Casals, among others. With this release, their debut commercial recording, the Quartetto Werther has produced finely calibrated, beautifully engineered versions of the two piano quartets which make an ideal introduction to the voice of Gabriel Fauré in the realm of chamber music. The romantic, passionate melodies of the Op.15 celebrated Quartet in C minor are enclosed within relatively strict classical forms, with a songlike Adagio at it's expressive heart. The Op.45 Quartet in G minor - something of a signature work for the Quartetto Werther - demonstrates a much bolder departure from the Classical tradition in terms of both structure and harmony. Some of it's most striking moments include a mercurial Scherzo and a languorous Adagio. Despite the association of both keys with tragic and heroic forces - in the Fifth symphonies of Beethoven and Tchaikovsky, for example - Fauré always balances intensity of feeling with a concern for elegance and formal lucidity. As he remarked to his fellow composer Florent Schmitt: 'To express that which is within you with sincerity, in the clearest and most perfect manner, would seem to me the ultimate goal of art.' When placed side by side in the Quartetto Werther's deeply sympathetic interpretations, it is difficult to understand why the superbly crafted and melodically generous Second Quartet has never managed to achieve the popularity of the First, but their recording should win it many new friends.