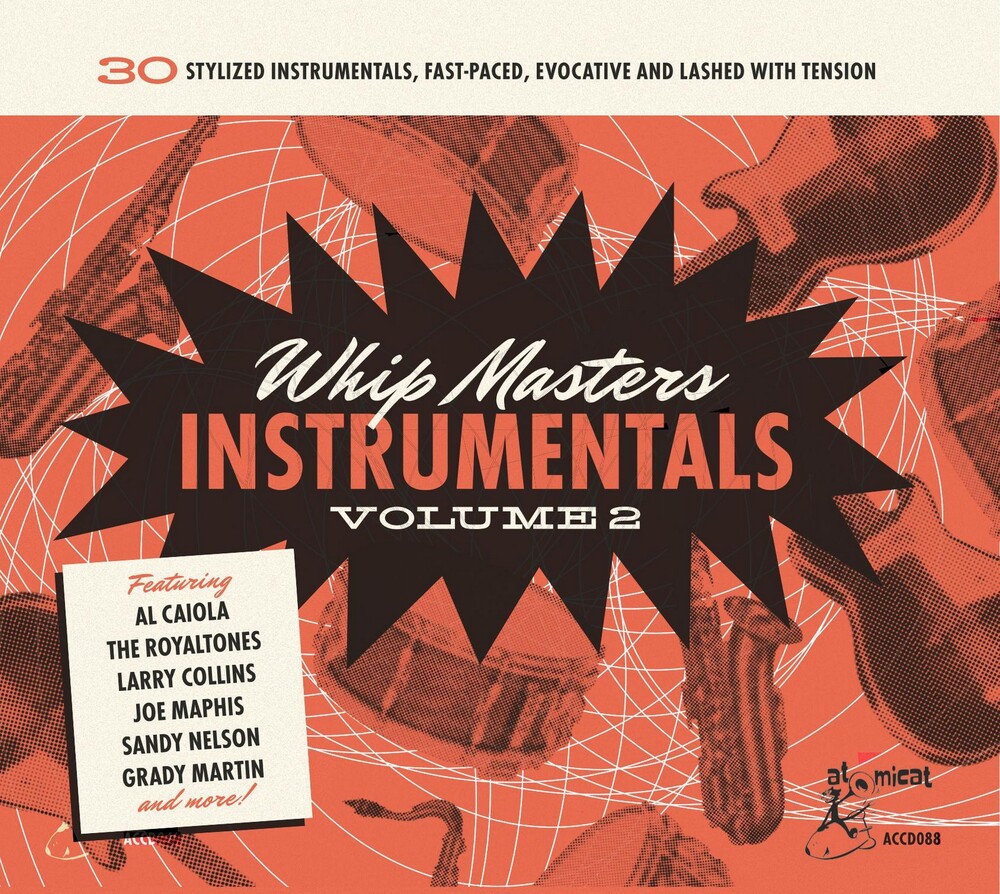 The Whip Masters Instrumentals is a new three album project from the Atomicat label (ACCD086, 087, and 088), which is compiled by The Whip Masters aka Dee Jay Mark Armstrong. The mission of the ninety instrumental tunes with occasional vocal shout-outs is to showcase, loud and frantic rockin' rhythms, and hot boogies which will send you into the stratosphere." "Thirty skilfully played, fast-paced, evocative, and lashed with tension instrumental recordings." The Whip Masters Instrumentals Volume One (ACCD086) integrates thirty instrumental tunes with the occasional vocal shout-outs from the members of the bands as they go wild and crazy! The album comprises of; savage guitar Rock 'n' Roll, sizzling Rockabilly, stimulating Western Swing, breezy Surf rockers, blaring R&B and lots of whip-cracking innuendos and some masochistic interplay. The albums music is sourced mainly from American labels, with a smattering of British artists, one Slovenian Rock 'n' Roll group and includes a recording from the series designer Urban Zotel. The music encases the timespan from 1952 through to 1963, with most of the sounds being mid-1950s. Many of the groups are esoteric, and these great unknowns rub shoulders with artists who achieved international fame. Many of the performers featured were also employed as session musicians, and the albums allow the artists to take centre stage as a named artist. The music chosen by The Whip Master are cracking across the board examples of instrumental mayhem which will increase your pulse rate. With every Atomicat album there are one or two surprises heard on the album, and we advise you to "turn up the volume!" Our albums have; stunning design, songs mastered for the best possible sound. The disc is housed in an attractively designed cardboard sleeve, specially designed to avoid the use of plastic and be environmentally friendly. You are listening to music from the past and preserving the future!