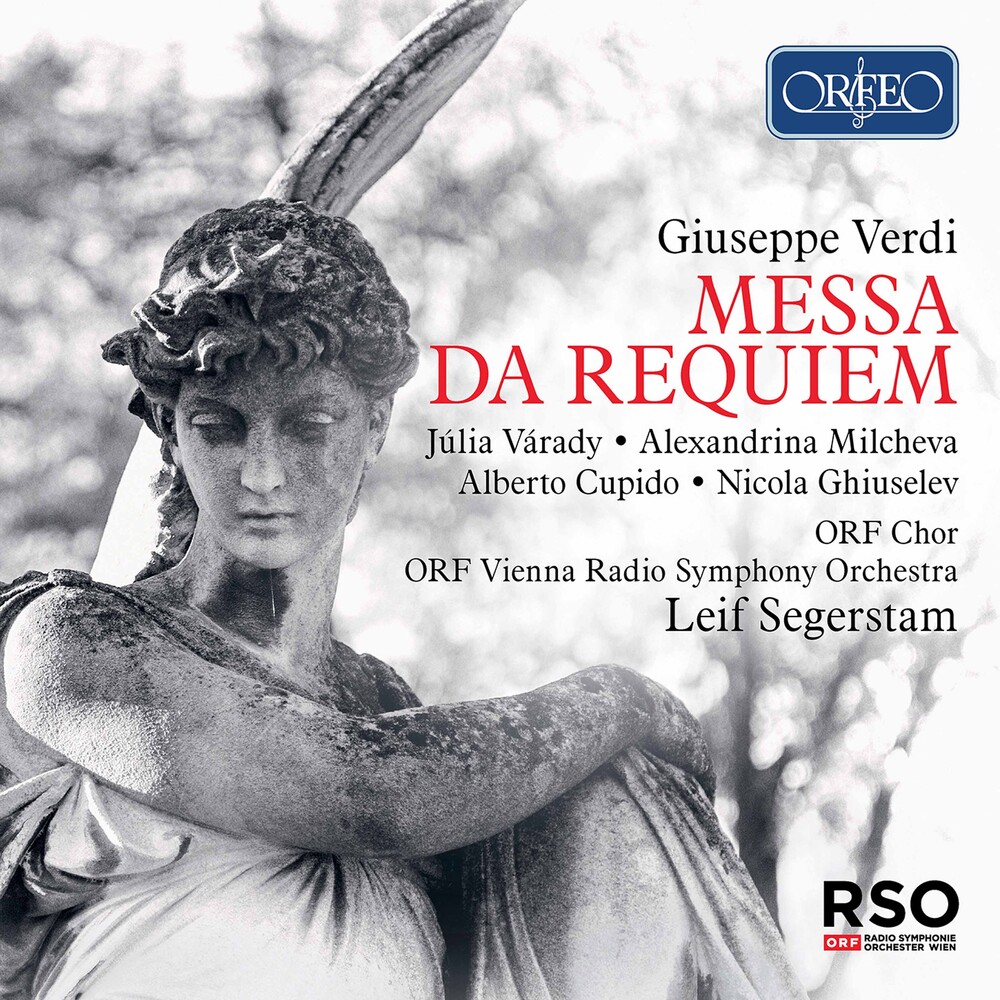 Verdi's Messa da Requiem - an "opera in ecclestiastical robes", as conductor Hans von Bülow called it - recorded in October 1980 at Stiftskirche Herzogenburg with Julia Varady, Alexandrina Milcheva, Alberto Cupido, Nicola Ghiuselev, ORF Choir and ORF Vienna Radio Symphony Orchestra under the baton of Leif Segerstam. The Messa da Requiem is a musical setting of the Catholic funeral mass (Requiem) for four soloists, double choir and orchestra by Giuseppe Verdi. It was composed in memory of Alessandro Manzoni, an Italian poet and novelist whom Verdi admired. The first performance, at the San Marco church in Milan on 22 May 1874, marked the first anniversary of Manzoni's death. The work was at one time referred to as the Manzoni Requiem. Considered too operatic to be performed in a liturgical setting, it is usually given in concert form of around 90 minutes in length. Musicologist David Rosen calls it 'probably the most frequently performed major choral work composed since the compilation of Mozart's Requiem'.