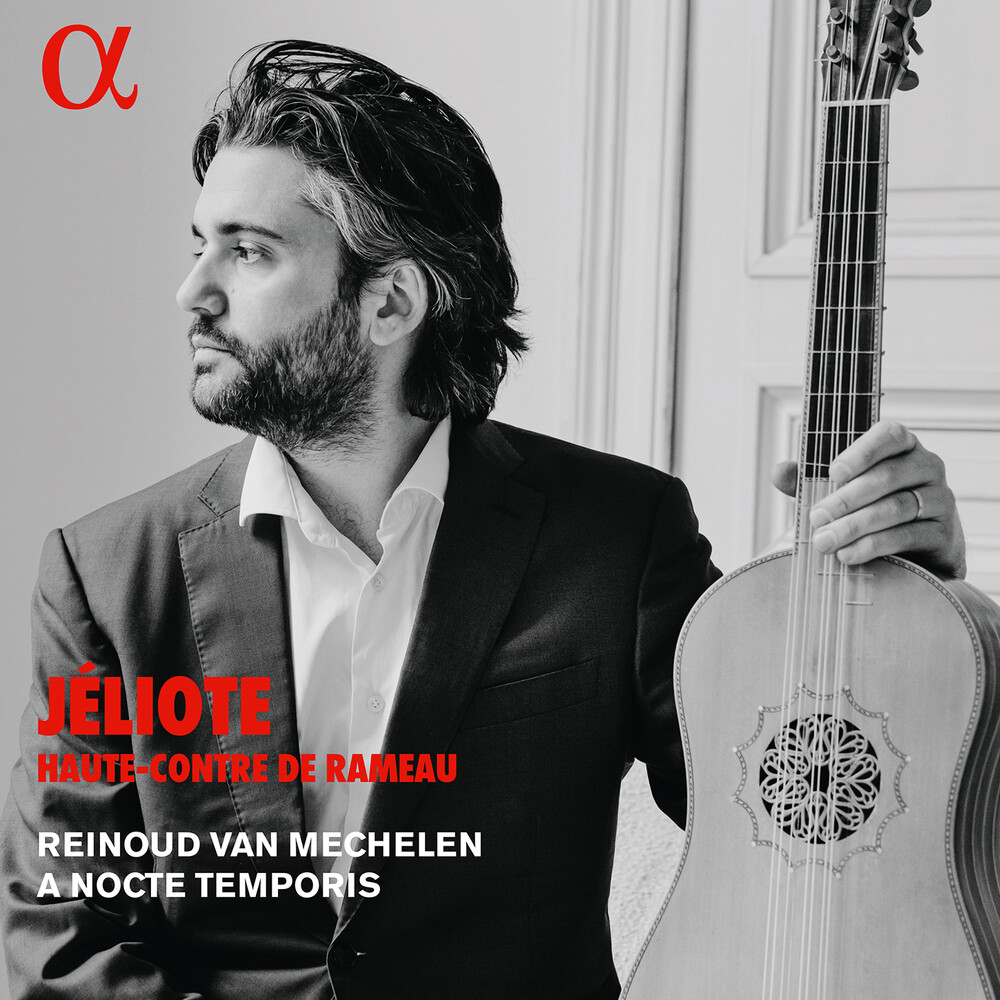 Reinoud Van Mechelen and his ensemble A Nocte Temporis continue their 'Haute-Contre Trilogy' with Rameau's favourite singer, Pierre de Jéliote, probably the finest haute-contre in history. (Reminder: this is a high tenor voice, not to be confused with the countertenor!) Rameau wrote an enormous amount of music for Jéliote, who was not only a singer but also a guitarist, a cellist and even a composer. The album pays tribute to this native of the Béarn region, who was born in 1713 and died at the ripe old age of eighty-four, with a selection of airs by Rameau (from Hippolyte et Aricie, Les Fêtes d'Hébé, Platée, Castor et Pollux, Les Boréades) but also by Dauvergne, Colin de Blamont, Mondonville, Rebel and Francoeur. Though some are well known, others are much more rarely performed today.