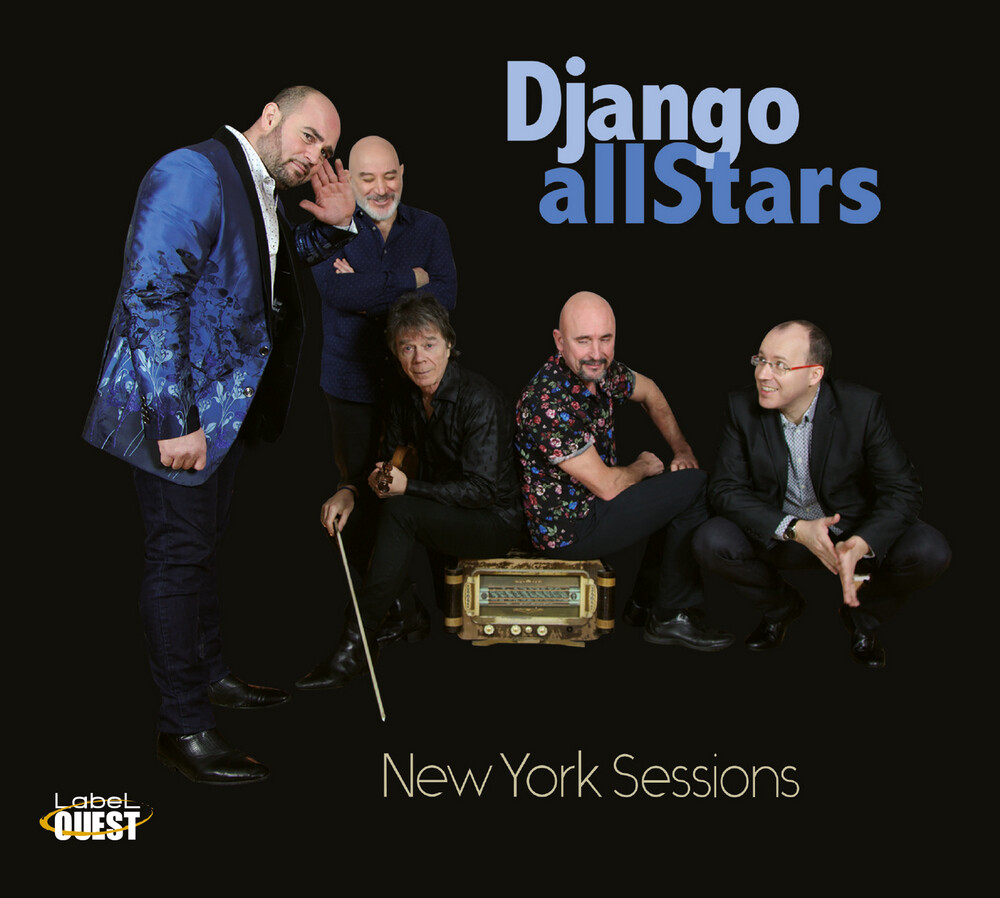 For almost ten years, violinist Thomas Dutronc, the Melody Gardot accordionist and the eldest son of Dorado Schmitt form the "line front" of a quintet that bears the colors of gypsy jazz on the largest American scenes. Django to Piazzolla, swing the Balkans, between a tribute to Chaplin and a hat to Toots Thielemans, Django Allstars weaves it's web and place the film with passion, virtuosity and feeling. Formed in 2011 at the initiative of the American producer Pat Philips, Django Allstars brings together three leading soloists guitarist Samson Schmitt, violinist Pierre Blanchard and Ludovic Beier accordionist. Emanation of the Django Reinhardt Festival of New York, the band's history dates back to the early 2000s, when accordionist meeting Dorado Schmitt and his son (Samson and Amati) on the stage of Birdland. On affinities complicity, a musical friendship is woven while Pierre Blanchard soon enters the dance, having committed itself in 2004 a company in Dorado album. When, some years later, Pat Philips launched the idea of ??a summer tour, with the desire to highlight the new generation, the protagonists are so easily their brands (in the meantime, Ludovic has indeed already recorded three albums with Samson!). The arrival, in 2015, bassist Antonio Licusati strengthens the rhythmic cohesion overall, now in the hands of the pair of shock formed with guitarist (and terrible scat) Philippe "Doudou" Cuillerier. Flanked by such support and with a "firepower" which sometimes evokes the impact of a phalanx "hard bop" (as suggested by the critic Alfred Sordoillet), this orchestra "string and bellows" will soon conquer the US. Garnering concerts for nearly a decade, programmed in the biggest festivals on the most prestigious stages (Birdland in New York, Dakota Club of Minneapolis, Kennedy Center in Washington, Hollywood Bowl in Los Angeles, New Orleans Jazz & Heritage Festival...), the group praised the legendary festival in Newport, where George Wein prompted twice (in 2014 and 2016), and will experience a form of climax in 2018 on the stage of Carnegie Hall. In the summer of 2017, after three week tour, the quintet takes for the first time to the studio. Giving free rein to their passions (Charlie Chaplin, Toots Thielemans, Astor Piazzolla, the Balkans music to European strings, Gypsy descent...), the group chose to develop a music completely original, signed in turn by each three soloists - which is in itself a challenge on a continent where the weight of tradition often vies with the imperatives of creativity. But the richness of their journey, the strength of their anchor as much as the strength of their art, our five companions manage to win, giving the gypsy heritage a modern expression, marked both by instrumental brilliance legitimacy and deep inspiration. In a just reward, whole hit the corner sumptuous tones of the guitar, the verve of the accordion or the lyricism of the violin, the music of Django Allstars end is now ready to regain the hexagonal floor which in many respects it is derived. Max Robin