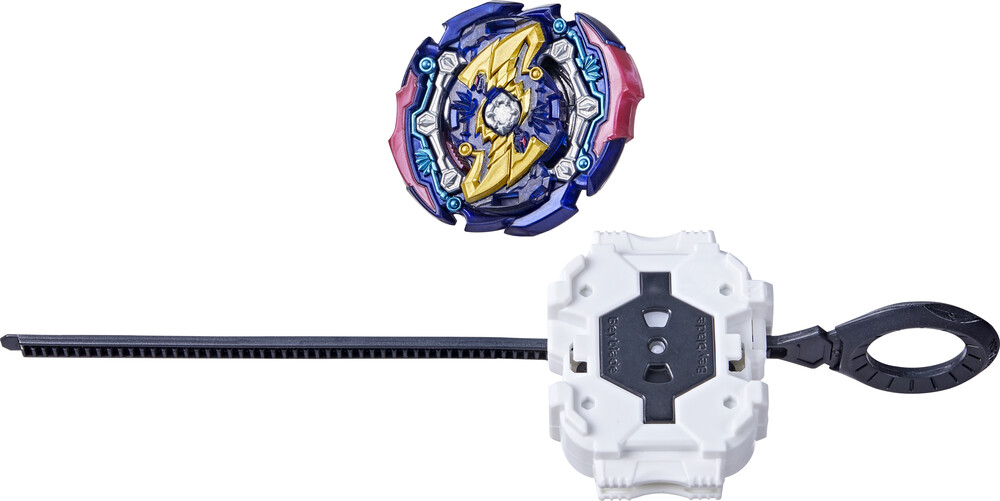 BATTLE LIKE THE PROS: Top with die-cast metal parts for a heavy weight, rubber attack ring in the Energy Layer and in-battle tip change (activation is rare) in the Performance Tip