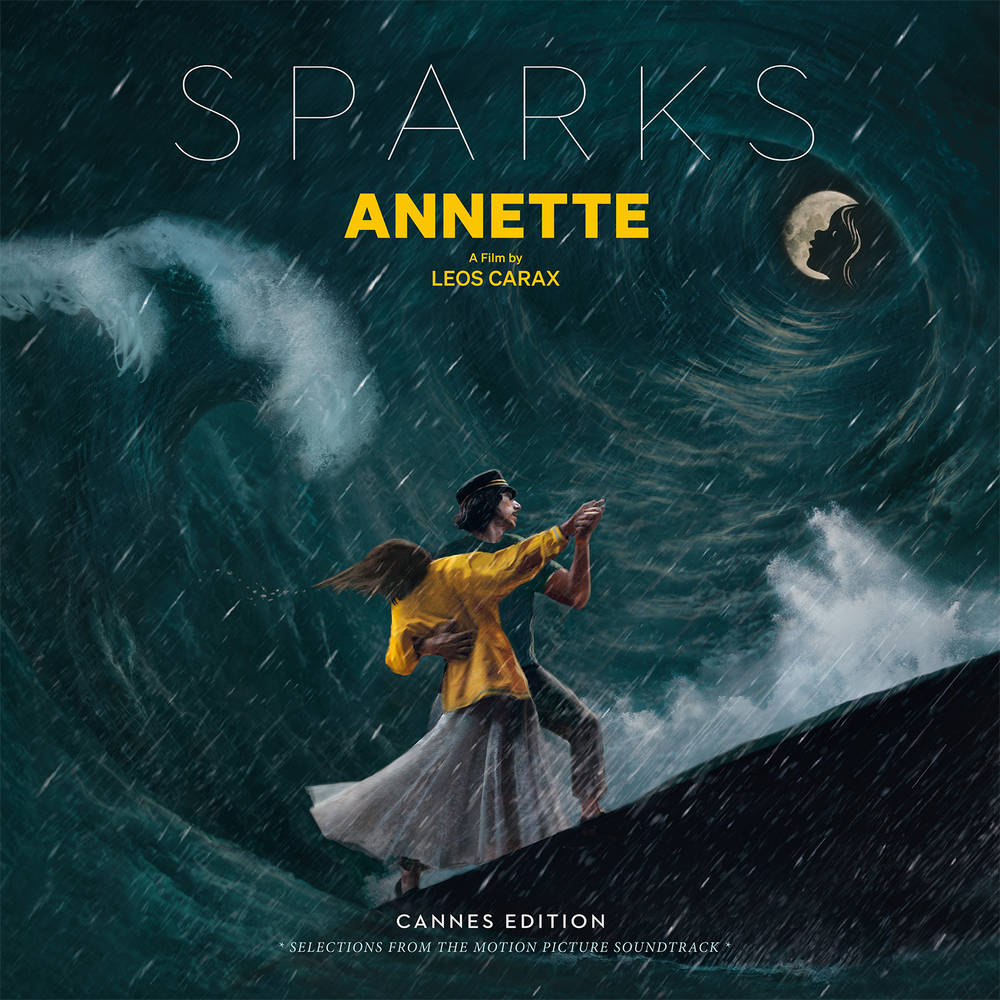 ANNETTE, the much-anticipated new film from LEOS CARAX, is set to open the 74th Cannes Film Festival on 6 July 2021 and will go on general release in France on the same date. Based on an original story and music by Ron and Russell Mael, the brothers behind the flamboyant band SPARX, ANNETTE began life as an (unreleased) album but was transformed into a musical after they met Carax. Having successfully maintained a five-decade-long career as one of the world’s most innovative and creative bands, it comes as no surprise that their collaboration with the visionary French director has resulted in a unique piece of film-making. The original soundtrack to ANNETTE, with lyrics co-written by SPARKS and LEOS CARAX and music composed and performed by SPARKS, features vocals from the stars of the film: Adam Driver (Henry), Marion Cotillard (Ann) and Simon Helberg (The Conductor). Produced by SPARKS and Marius de Vries, music director of La La Land and Moulin Rouge!, the CANNES edition of the soundtrack album is available as a 15track LP on green 180g vinyl. Presented in a gatefold sleeve, the LP also includes an exclusive poster featuring an alternative illustration supervised by Leos Carax.

About ANNETTE: Present-day Los Angeles. Henry is an outspoken stand-up comedian, Ann a world-famous singer. They’re a happy celebrity couple, living life in the glare of the spotlight, but their world is turned upside-down by the birth of their first child, Annette, a mysterious little girl with an exceptional destiny.