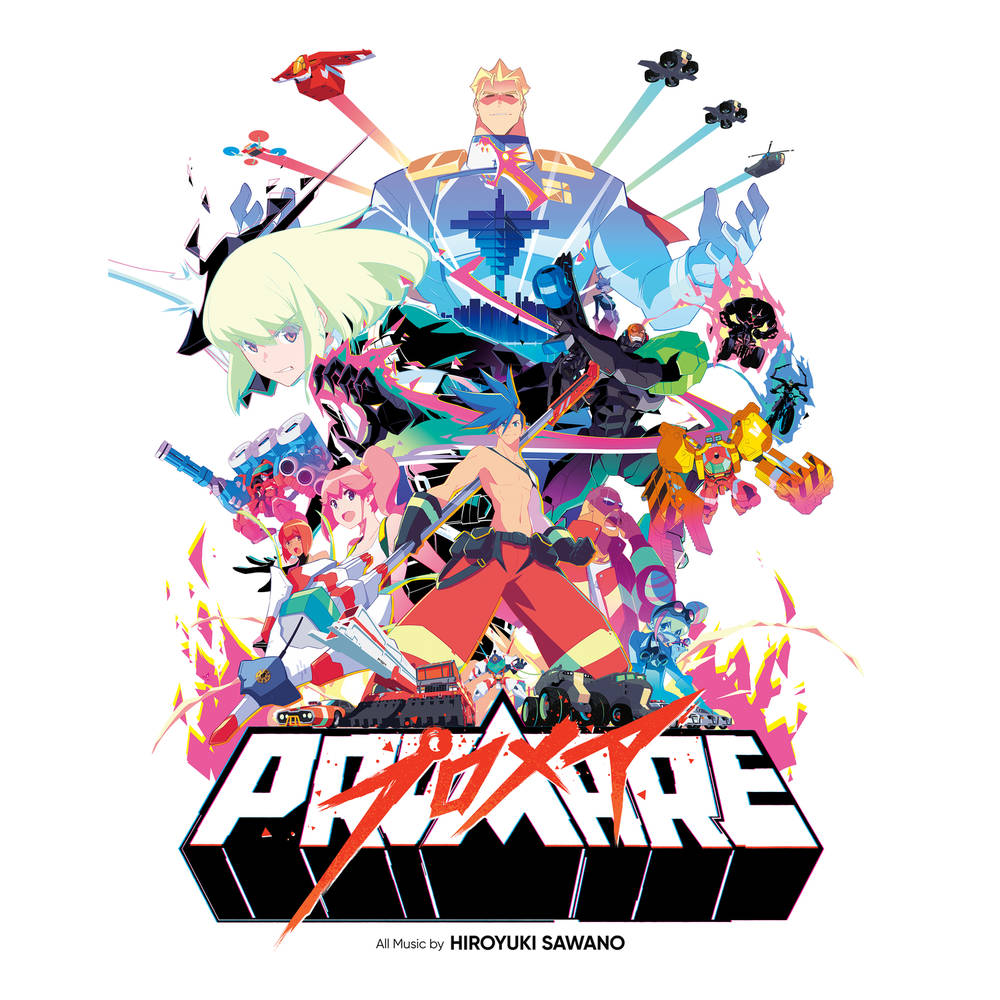 Thirty years has passed since the appearance of the Burnish, a race of flame-wielding mutant beings, who destroyed half of the world with fire. When a new group of aggressive mutants calling themselves Mad Burnish appears, the epic battle between Galo Thymos, a new member of the anti-Burnish rescue team Burning Rescue, and Lio Fotia, the leader of Mad Burnish begins.

The epic soundtrack to the acclaimed Promare is composed by Hiroyuki Sawano ( Attack On Titan , Kill La Kill ...).