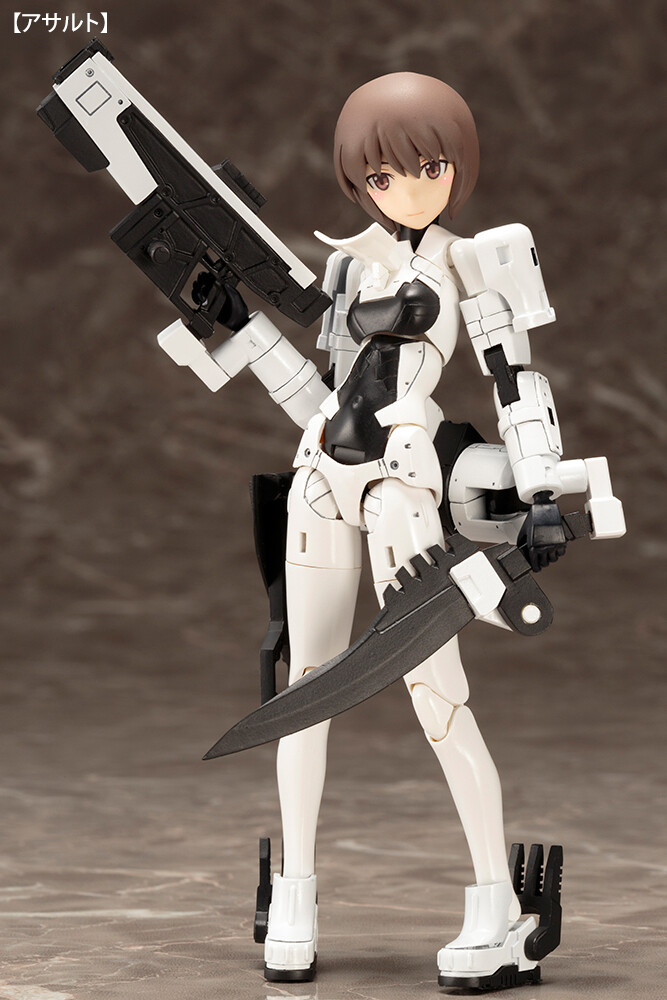 "A KOTOBUKIYA Japanese import! "Megami Device" is a brand new plastic model kit series combining Bishoujo-style beauties and heavy-duty weapons and armor. Each character has a main body, or "machinika," designed by Masaki Apsy along with a huge array of interchangeable parts to outfit her as you like, and the first collaboration designer is Fumikane Shimada. The debut Megami Device model kit is the WISM SOLDIER ASSAULT SCOUT, a super cute young woman you can display either in "Sotai Mode" without her mechanical armor or in "Busou Mode" fully outfitted for battle! The machinika body is fully articulated for extreme poseability and it can even be seated in natural poses; it also comes equipped with 3mm diameter attachment points that can mount parts from Kotobukiya's M.S.G. series, Frame Arms, Frame Arms Girls, and other models. The Assault Scout comes with two different character heads, three types of pre-painted face parts, various weapons like handguns, knives, and shovels, five sets of hands, and decals for eyes, markings, and more! Fully assembled the premiere WISM Soldier stands just under 6 inches tall. Whether you're displaying your Assault Scout with Bishoujo Statues or model kits she'll look great on your shelf!