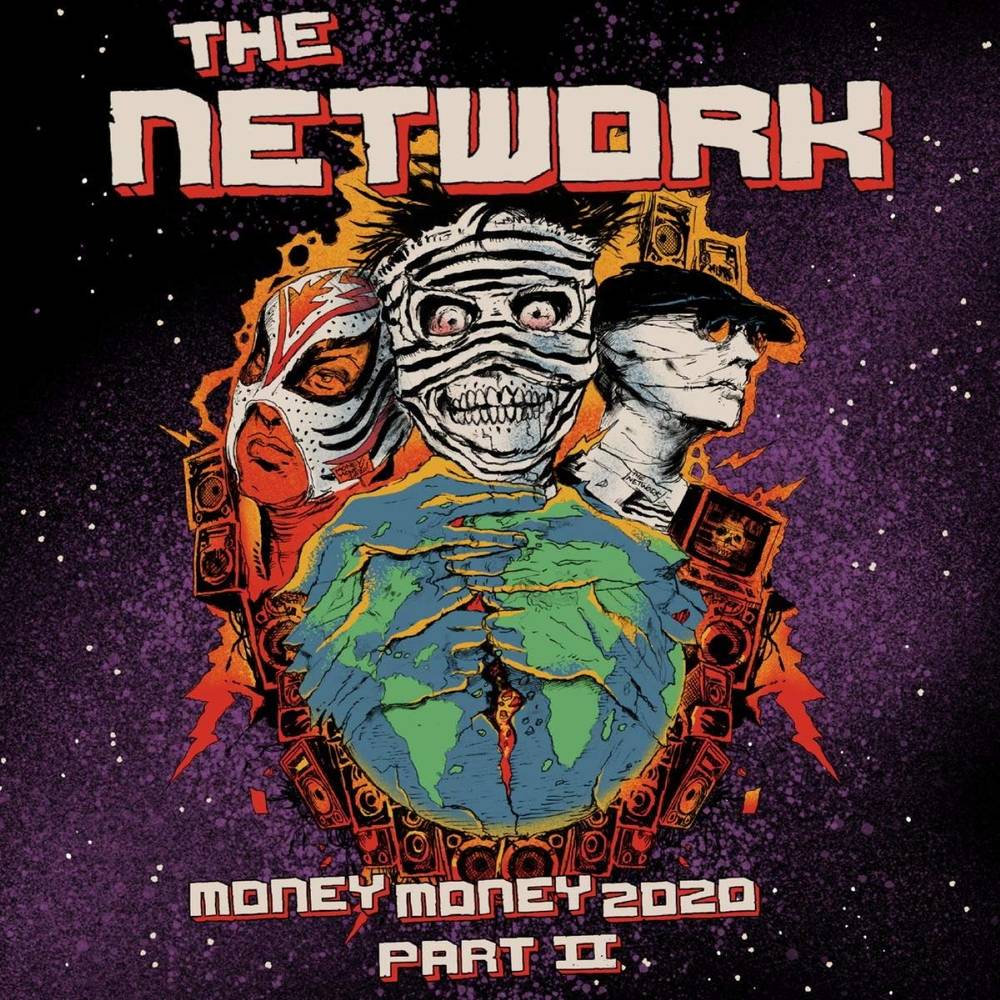 The Network were formed in the year 2003, fulfilling an ancient prophecy predicting that we, its chosen members, would issue a stern warning to mankind in the form of music. Released as the album titled Money Money 2020, we shined the headlights upon the follies and vanity of mankind. Rapidly achieving fame and fortune, we had often been mistaken as the planet’s greatest rock ‘n’ roll band, Green Day. This earthly comparison is almost as comical as the humans that inhabit this dying planet! A Time Machine & The Church of Lushotology... After our mercurial rise and the foundation of the Church of Lushotology, we have seen riches beyond imagination, thus we abandoned the doldrums of stardom and focused our efforts on time travel and the salvation of things beyond the human grasp! Within our travels through both time and space we have seen the futures foretold in the prophecy, and it is both disastrous and hilarious! Beyond these interstellar crossroads lie parallel dimensions where the oxymorons can create their own destiny! Choose wisely, for the devolution of man has always been a choice. The release of Money Money 2020 Part II: Told Ya So! will serve as the final lesson! Within the binary codes of this album exist the keys to our past, present, and future DNA! The Gods are laughing & it’s up to you to prove them wrong... You're welcome... -The Network The Church of Lushotology is in session and it’s time to drink up!