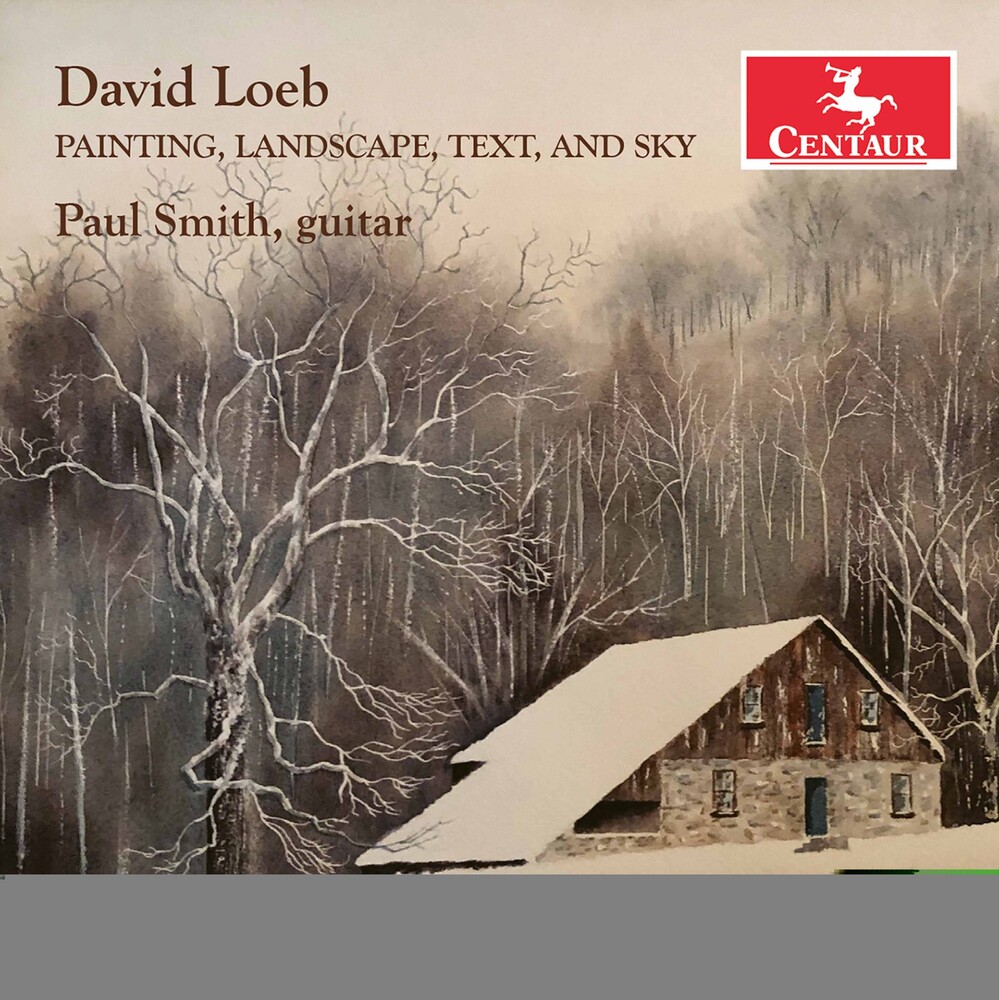 Contemporary composer David Loeb continues his series of albums for Centaur Records. Guitarist Paul Smith had previously played some of Loeb's works, and he suggested an album of compositions which comprise narrative or pictorial points of departure rather than abstract theoretical pieces. David Loeb took up the challenge, and this intriguing album is the result. Composer David Loeb was born in 1939 to a family which took music and the arts very seriously. He studied first with Peter Pindar Stearns at the Mannes College of Music, and then received his master's degree from Yale. His catalog of compositions is quite remarkably extensive and diverse. In addition to the typical assortment of works for orchestra, chamber ensembles, and voice, he has also composed extensively for Asian instruments and for early music instruments. Sometimes, he even brings the two worlds together and scores for combinations like four shakuhachi and four viols.